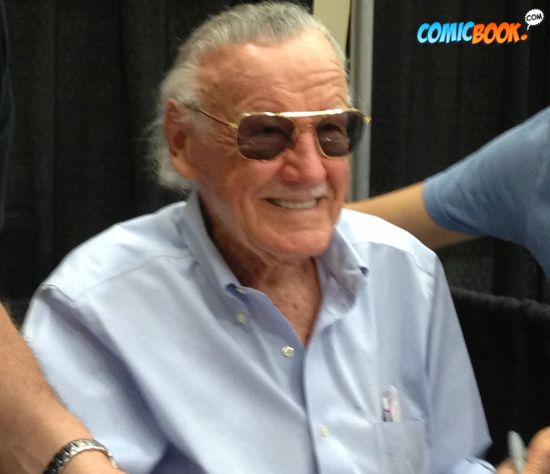 Marvel Comics legend Stan Lee is teaming with Avi Arad--the producer whose name has been on about as many Marvel projects as anybody else--are working together on an as-yet-undisclosed film project, says The Hollywood Reporter.

Arad was Kevin Feige before Kevin Feige was, organizing most of Marvel's television and movie efforts from 1994 until 2008 before leaving Marvel to go to work for Sony, where he has continued to work on the Spider-Man and Ghost Rider films.

He's also currently serving as a producer on film adaptations of Uncharted, Metal Gear Solid and a Pac-Man TV series.

"At the ripe old age of 90, [Stan Lee] can still put together magic," said Arad. "He’s as sharp as a Japanese cooking knife. His mind is as young as it used to be."

The producer added that he can't disclose any information about the project, even the title, as that might be "too much." So don't be surprised to find it's an existing property of one kind or another.

Lee had an unproduced screenplay that Arad was briefly attached to in 2002 titled Forever Man. There has also been some buzz around a film adaptation of Lee's graphic novel Romeo & Juliet: The War.