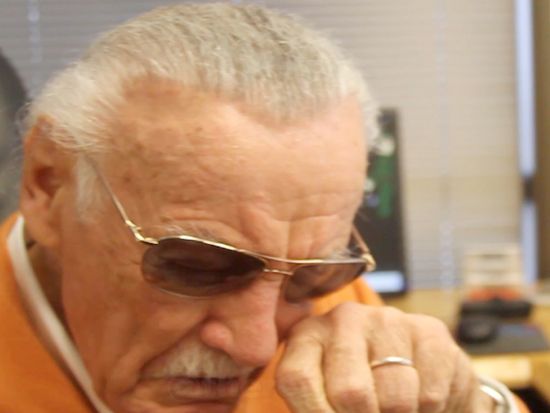 Back in August, Marvel Comics legend Stan Lee launched a campaign to reach one million Twitter followers. In the couple of months since the campaign launched, Stan Lee has accumulated a couple hundred thousand more Twitter followers, but he still hasn't reached a million.

However, he's starting to get close. At the time of this article, Stan Lee was at slightly over 975,000 Twitter followers. He's less than 25,000 Twitter followers away from a million. With Christmas coming up in just a week, we thought it was time to report on Stan Lee's campaign again, because it sure would be a nice Christmas present for comic book fans to rally and get Stan Lee over a million before Christmas.

If you would like to contribute to Stan Lee's campaign by following him, his Twitter handle is @therealstanlee. Here's the latest Stan Lee million Twitter follower campaign video, which features Jace Hall and Adrianne Curry.

Stan Lee Closing In On One Million Twitter Followers