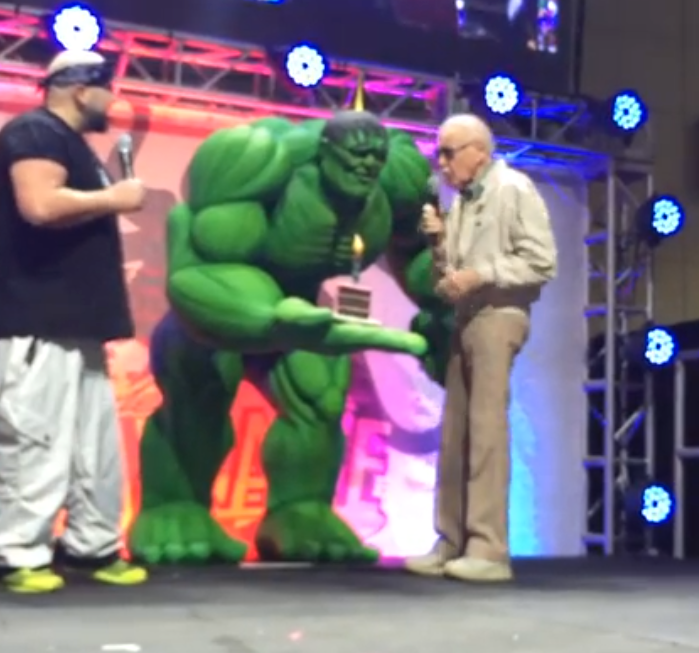 Who says you can't have your cake and eat it too?

At his 2014 Comikaze Expo, Stan Lee received a full sized cake of the Hulk from Chef Duff Goldman which was shared with attendees.

"Held annually at the Los Angeles Convention Center, Comikaze assembles the most exciting and innovative in comics, video games, sci-fi, fantasy, horror and all things pop-culture," the website reports. "Partnering with comic legend Stan Lee himself and Elvira Mistress of the Dark, Comikaze is the only pop-culture convention owned and operated by true pop-culture icons."

In its second year in 2012 with over 50,000 people in attendance, the event became one of the top 5 largest conventions of its kind in the United States.

"[The Comikaze Expo] will no doubt continue to grow into one of the premier comic book conventions in the country." Forbes magazine stated.