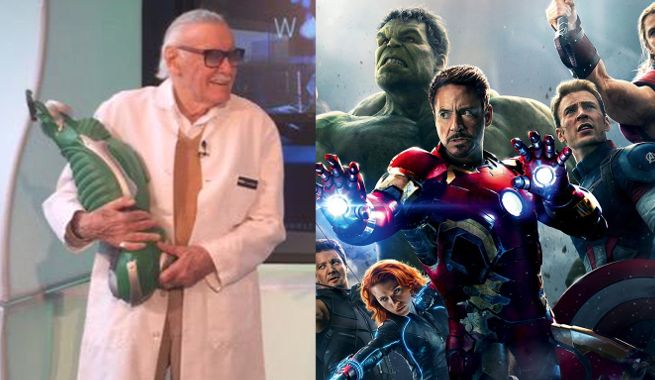 In an exclusive interview with Comicbook.com at today's Gillette event, Stan Lee revealed that he has not only one but two scenes in Avengers: Age Of Ultron.

"Not only am I in Age of Ultron, I'm in two scenes," said Lee. "One scene followed immediately by another one, so you must not miss it."

However, when asked what those scenes might entail, Lee was tightlipped.

"I can't tell you. They would have to shoot me," said Lee. "For some reason, they never let me tell people what my cameo will be until after the movie, and I'm dying to talk about it."

Stan Lee Says He Has Two Scenes In Avengers: Age Of Ultron