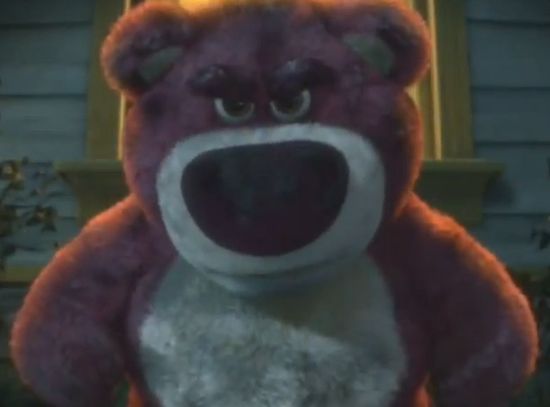 What if the Star Trek Into Darkness trailer had starred all Toy Story characters? Well, it would have worked out surprising well.

PhoenixDark9 posted an incredible video mash-up on YouTube which features the audio of the Star Trek Into Darkness trailer with footage from Toy Story 3. Benedict Cumberbatch’s mysterious character is played by none other than Lots-o’-Huggin’-Bear.

Be warned that after you watch this trailer mash-up, it will probably be impossible for you to go see Star Trek Into Darkness at the theaters and not think of Lots-o’-Huggin’-Bear when you hear Benedict Cumberbatch speak.