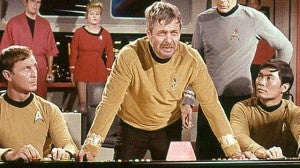 Decker reappered in Star Trek New Voyages: Phase II, played again by Windom, who also appeared in films like To Kill a Mockingbird and in the original Brothers & Sisters TV series.