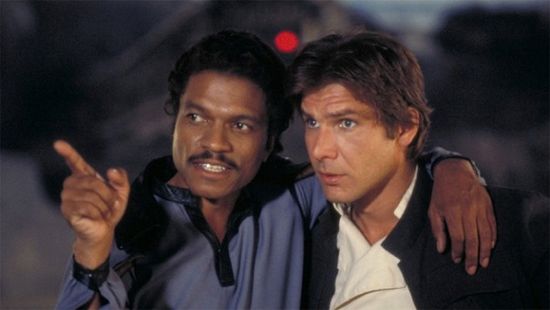 Even though Lando Calrissian might have betrayed Han Solo in the Empire Strikes Back, Billy Dee Williams most definitely has Harrison Ford’s back. When a fan at the Wizard World Nashville Comic Con asked how big of a jerk Harrison Ford was, Williams quickly defended his fellow Star Wars actor.

After the fan explained that’s just what he had heard that people say about Harrison Ford, Williams said, “No, he’s a good man. He’s a very good man. And you can tell, for me anyway, you can tell a lot about a man by the way he deals with his children. And he’s beautiful with his sons, so I have a lot of respect for him.”