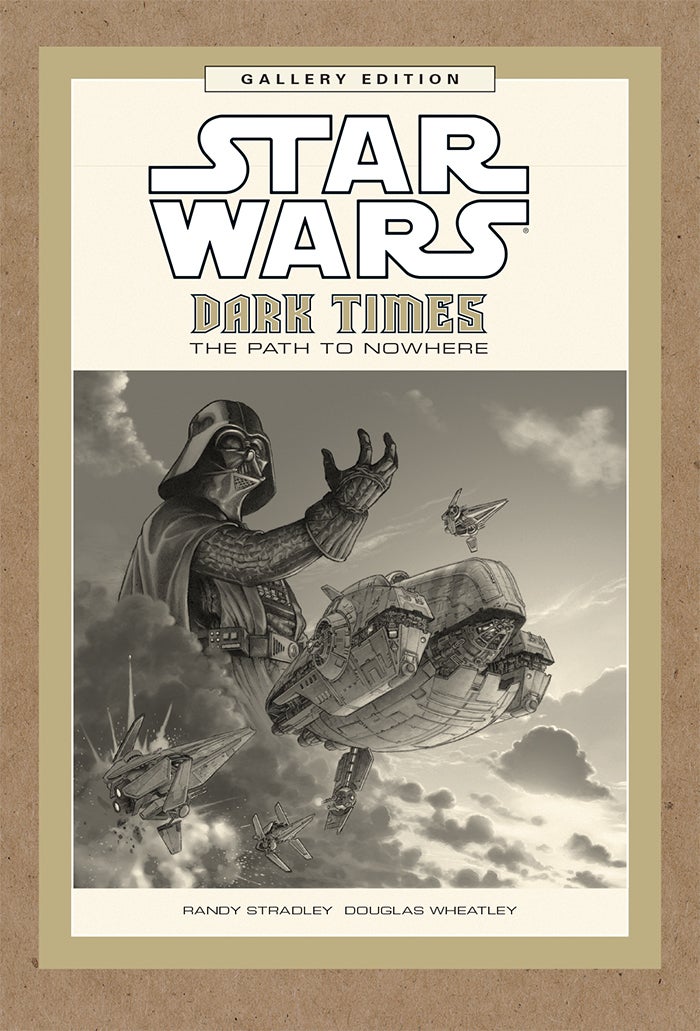 Dark Horse Comics is getting into the high-end reprints game with the Star Wars: Dark Times Gallery Edition, coming in November.

Similar to IDW's Artist's Editions, the Star Wars Gallery Editions is reprinted as an oversized hardcover, but here the script from writer Randy Stradley is included to give context to Douglas Wheatley's art.

While this edition was announced at Phoenix Comic Con, there have been rumors that Dark Horse will make at least two of these editions before their Star Wars license runs out at the end of 2014.

Check out the solicitation text below. The Star Wars: Dark Times Gallery Edition is due in stores on November 5.

High quality scans of Douglas Wheatley's original art, plus a feature not seen in other "artist's editions"—the complete scripts from which Wheatley worked, allowing readers to see where he chose to stick to the script, or revise the art to better suit the story. Includes Star War: Dark Times #1–#5.

This book is sure to be a treasure for artists and comics fans alike!