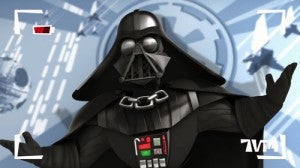 The project, collaboration between Seth Green, Matt Grimes and the LucasArts, “focuses on the universe’s regular folks and their everyday problems… which, to be fair, do frequently involve famous bounty hunters, crazed Ewoks, and even a Dark Lord of the Sith.”

The show, which has been approved by George Lucas and is being created by Green and his Robot Chicken crew, doesn't yet have a premiere date or a network.