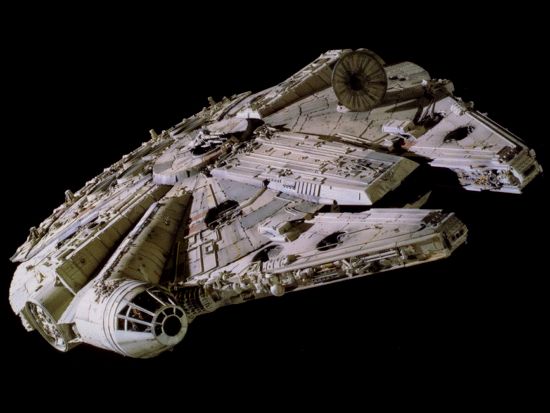 However, what is surprising is that Yahoo Movies is taking it a step further and reporting a rumor that the Millennium Falcon has already been built. According to their source close to the production, "A full-scale 1:1 Millennium Falcon has been built as well as the interiors of the ship for filming. The Falcon is done - inside and out. The sets were built off-site, ready to move when Lucasfilm/Bad Robot were ready to move into Pinewood."

If the rumor of the full-size Millennium Falcon reproduction is true, then it's also a pretty good indication that the spacecraft will play a major role in Star Wars Episode 7. Lucasfilm wouldn't spend that much time and money on a 1:1 scale reproduction if the ship wasn't going to be a huge part of the film.

Star Wars Episode 7 is scheduled to be released in movie theaters on December 18, 2015.