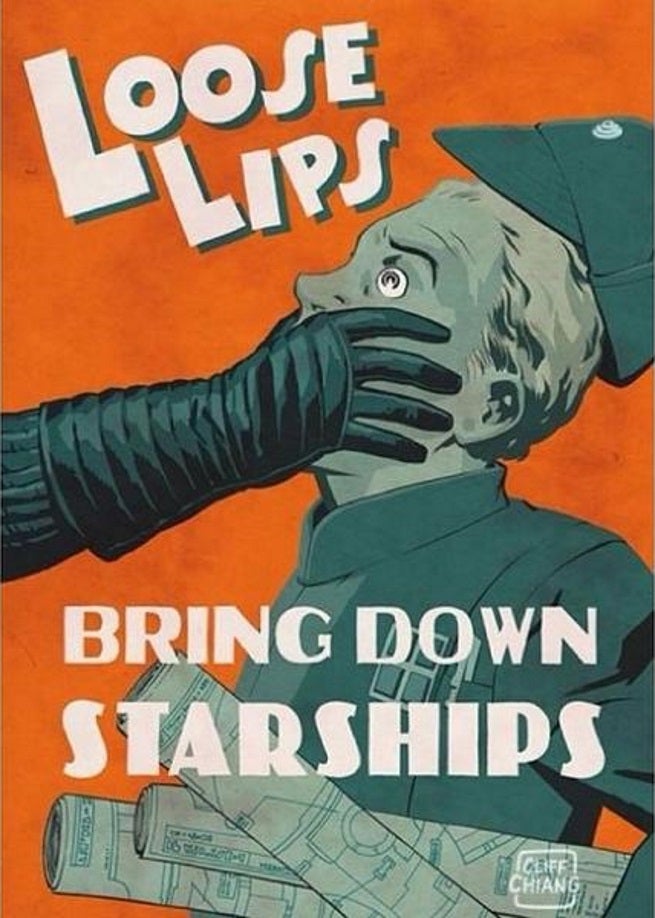 There’s been a fair share of rumors and leaks coming out of shooting for Star Wars Episode VII. It seems that director J.J. Abrams is fighting back, posting anti-leak propaganda posters around the Pinewood Studios set where the film is shooting, in order to fight further spoilers (via Movieweb).

There’s been no official confirmation that these posters are in use at the studio, but it’s a pretty striking image either way, and plays on Abrams’ notoriously hard “no-spoilers” stance when filming.