A sizable batch of what is reportedly concept art from the making of Star Wars Episode VII has released online.

We’re not going to post the entirety of the leak here. There are a lot of spoilers in those images, so we think it best you follow that thread on your own. The complete set of images can be found at Heguguys.

One image that we did want to mention, because it’s so striking, is the follow image of Darth Vader’s helmet: 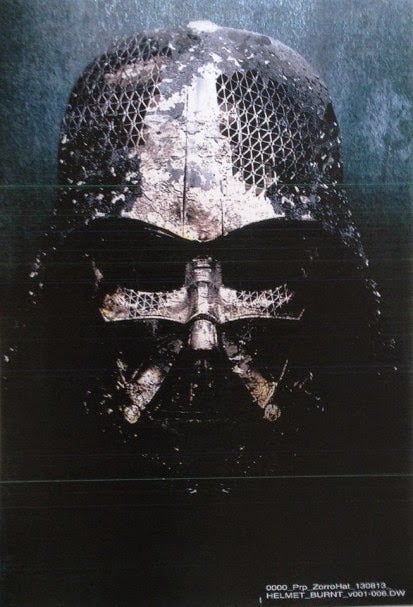 Vader’s helmet is one of the most recognizable icons from the original Star Wars trilogy. Its distressed look kind is actually somewhat reminiscent of the under construction, second Death Star from Return of the Jedi. There have been rumors that Vader will play a key role in the film, though maybe only in a flashback scene, so this image may be a reference to whatever that role is.

The rest of the images feature creatures, characters, and locations that Star Wars fans are likely to recognize as well.