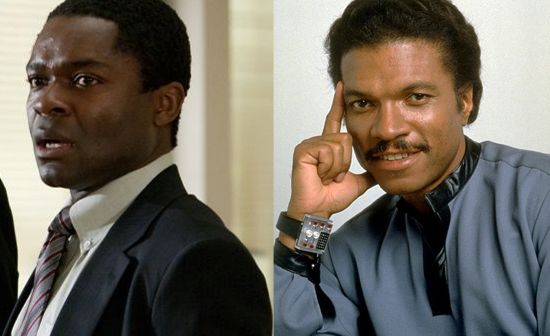 What caused Billy Dee Williams to flip from daughter to son? Who was this mysterious person who came up with the idea of a villain son?

When EOnline asked the actor about the Star Wars Episode VII casting rumor, Oyelowo didn’t exactly deny the rumor. “Everyone is asking me about Star Wars," said Oyelowo. "The breaking news is J.J. Abrams is going to give you that breaking news."

However, things got even more interesting when EOnline asked Oyelowo about who his favorite character was from Star Wars. Oyelowo indicated that it was Lando Calrissian. “Because he looks like me,” said Oyelowo with a smile.

Here’s another thing. It’s rumored that Han Solo’s daughter will be the female lead in Star Wars Episode VII. Wouldn’t it be interesting if Lando Calrissian had a son, and Solo’s daughter and Calrissian’s son were in conflict?

Pokemon Adventures Is Ending Its Hiatus Soon and Fans Are Thrilled

Report: PS5 Has "Better Architecture" Than Any Console Ever