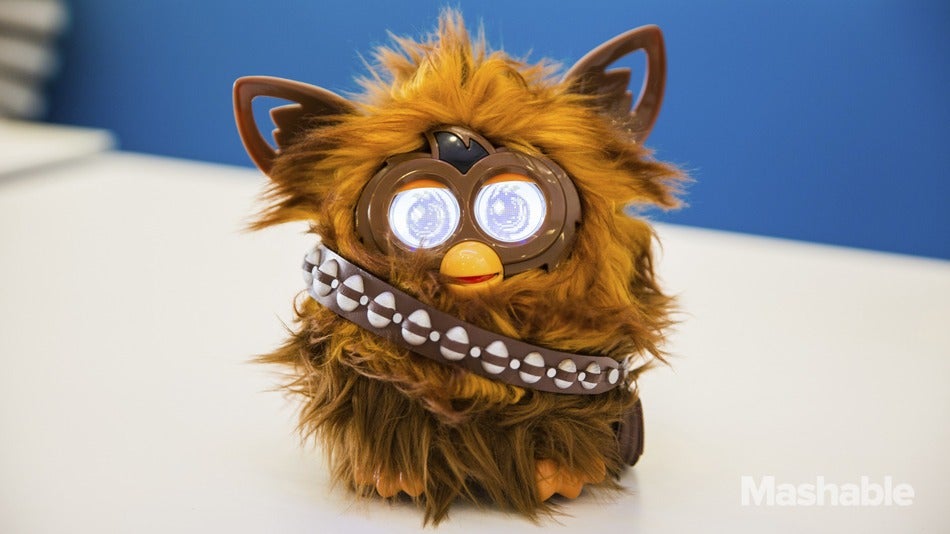 Who let the Wookies and Furbies out of their cage? Because the two species seemed to have copulated and made Furbacca, the most curious offspring to ever hit toy shelves.

In the first-ever crossover between the venerable toyline and George Lucas’ galaxy far, far, away, Furbacca works and behaves just like a normal Furby figure does. Owners must feed and tend to the new species, giving it all the love they would a normal Wookie or Furby. All of the caretaking is done through an iOS or Android app, which communicates with Furbacca and lets it know that it’s being cared for. For instance, Furbacca will make audible noises when the app says that you’ve bathed it.

But there’s even more to this furry little guy. Furbacca is also responsive to certain touches and interactions, has light-up eyes, and hums the Star Wars theme song. Interestingly, Furbacca is the first licensed Furby figure since Hasbro relaunched the Furby line in 2007 after an extended hiatus, according to Mashable. 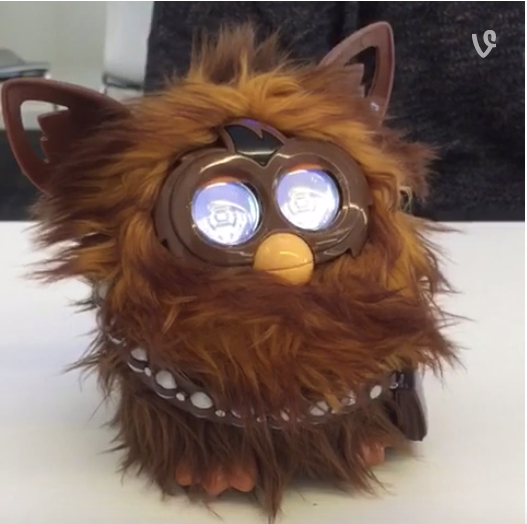 Furbacca will run for $75 when it hits stores this Fall. Now, fans have the perfect cosplay date to accompany them to Star Wars: The Force Awakens this December.