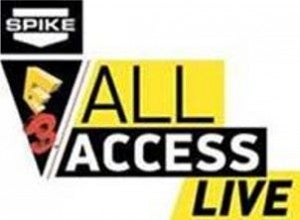 Looking for something to do this Memorial Day weekend? Spike TV and Lucasfilm have announced that Spike TV will be airing a Star Wars movie marathon leading up to the premiere of a new Star Wars game franchise. Spike TV will air all six of the Star Wars movies beginning tonight, Friday May 25 at 8 PM ET/PT.  The movie marathon is leading up to Spike TV's exclusive unveiling of the newest game franchise in the Star Wars universe, which will debut at the 2012 Electronic Entertainment Expo. The first look at the new game franchise will occur on Thursday, May 31, as a part of the pre-E3 episode of the video game show GTTV. During the episode, Geoff Keighley travels to San Francisco for exclusive behind-the-scenes access into the LucasArts studio.  GTTV also meets with the LucasArts' development team to reveal the name and concept behind this game and introduces viewers to the talented artists who are bringing the E3 demo to life. There will also be a live world gameplay premiere of the new Star Wars franchise during E3 All Access Live primetime special on June 4 at 10:00 PM ET/7:00 PM PT. The project's creative director will join the "All Access" team live in-studio to debut footage of the game and will answer questions from fans in real-time through the show's interactive and social media hub operated by social media correspondent, Justine Ezarik. "I am blown away by both the caliber of the team on this project and their bold vision for this new 'Star Wars' title," said Geoff Keighley, who is host and executive producer of Spike TV's E3 All Access Live special.  "I can't wait to introduce our viewers to this game and show off the footage that left my jaw on the floor when I first saw it."