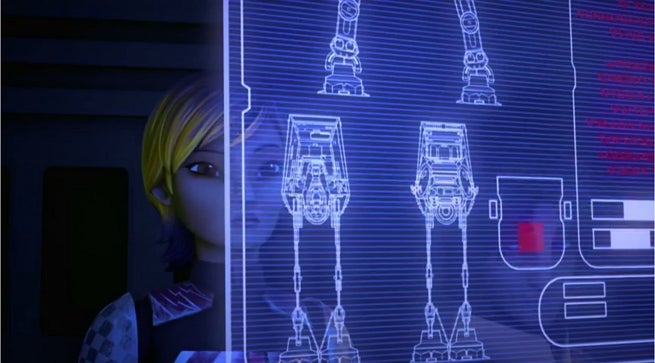 The clips show the Ghost crew taking on and old friend of Ezra's parents. The friend went to work for the Empire, and now has an implant in the back of his heads that looks similar to Lobot's from The Empire Strikes Back. The crew discovers that the faulty implant has Imperial Military secrets embedded in it, and have to dive into Ezra's shrouded past in order to unlock them.

Check out a TV spot and two preview clips embedded below.