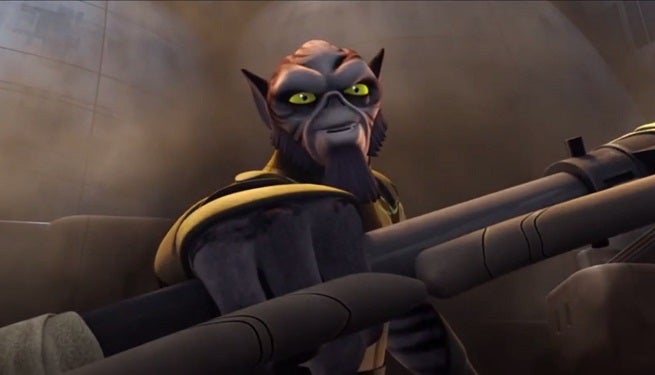 Lucasfilm has released another Star Wars Rebels character short, this one featuring Zeb.

The short, titled "Entanglement," has Zeb getting a little sidetracked during a mission and tussling with about a dozen or so Stormtroopers.

This is the third Star Wars Rebels short released. The first, "Ghost in the Machine," focused on the Ghost's astromech droid, Chopper. The second, "Art Attack," featured the rebellious Mandalorian, Sabine.