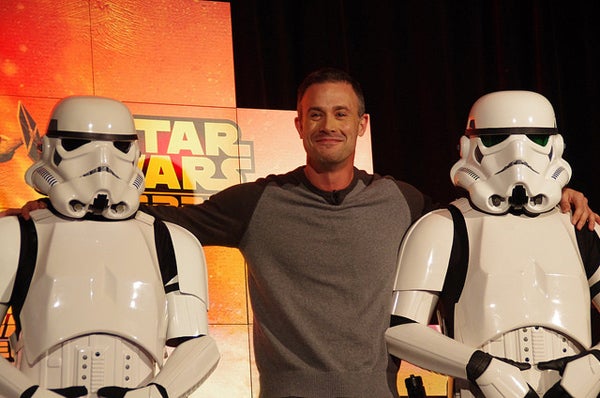 On social media, Prinze has been updating his fans on his recovery and sharing positive messages of encouragement.

#KeepItPlayful Learnin to walk again is like learning jiu-jitsu - 1 technique at a time pic.twitter.com/HvFwVFHpuL

#Graciejiujitsu Mental training. Visualize your technique. Then when youre healthy, you dont have to think anymore. pic.twitter.com/UvXdtKNISH

The 38-year-old actor has not mentioned why he needed the procedure but states that he's doing well. In the days prior to the surgery, Prinze was working and promoting Star Wars Rebels where he voices the character Kanan.

While the actor has been documenting his recovery on social media, his wife, Sarah Michelle Gellar, has yet to comment publicly about his surgery. The couple have two children, daughter Charlotte, 5, and son Rocky, 2.