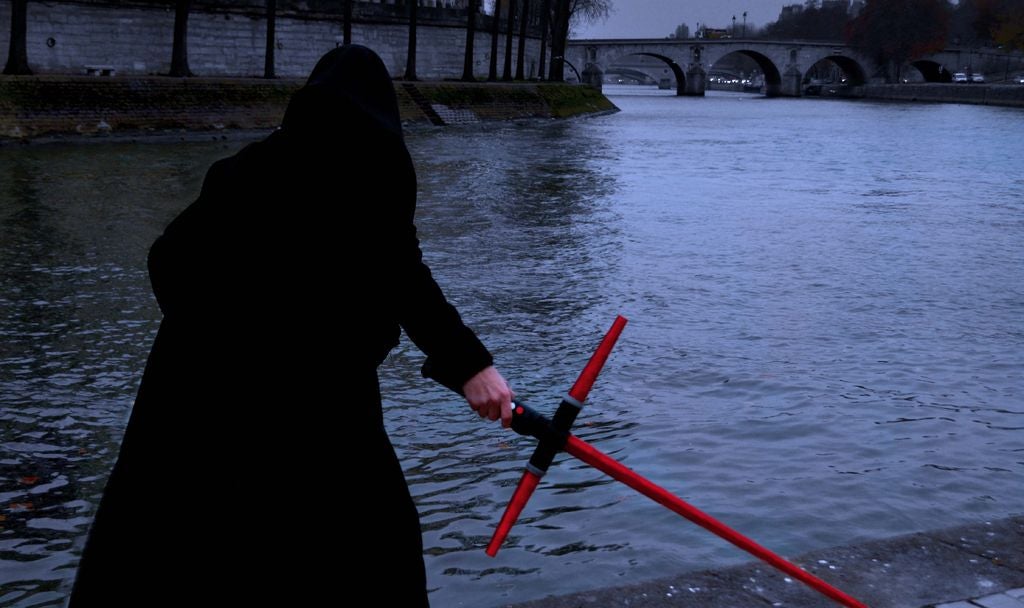 Since it was introduced in the new teaser trailer Star Wars Episode VII: The Force Awakens, the crossguarded lightsaber has been the topic of much discussion.

Now the makers at The Fab Shop are providing fans the opportunity to create their own customizable weapons.

“On Friday, November 20th, we were part of the 30 million people to keep their breath while watching the trailer for the next Star Wars movie,” the company announced on their webpage. “As designers, we were surprised to discover a new configuration of the lightsaber revealed in the now epic (and polemic) scene showing an unknown Sith Lord walking in a snowy forest. As Makers, we couldn’t help but try to find out by ourselves if this “crossguard” design was a good configuration or not... So we decided to build one, with our army of 3D printers.”

The European company decided to take their efforts one step further.

“Of course, the "darkness" of the movie sequence and the lack of details on the weapon itself left a lot of place for imagination and interpretation,” the company stated. “A dozen of 3D printable lightsabers being already available for download on internet, we decided to make one that would be completely customizable. The modular system we invented makes hundreds of configurations possible. From Yoda’s lightsaber to Darth Maul’s.”

Files on on creating a crossguarded lightsaber can be downloaded at Thingiverse or Cults.