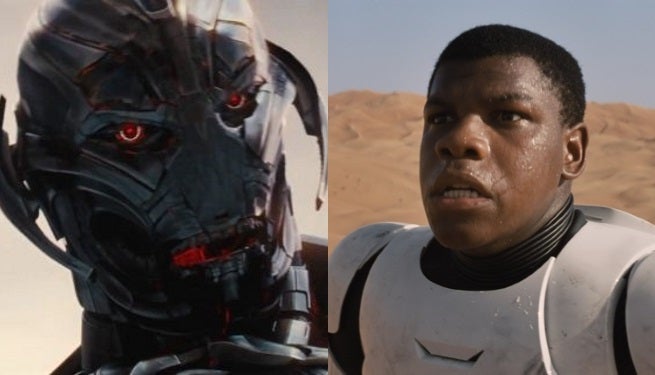 The 88-second teaser trailer for Star Wars: The Force Awakens has had more views in its first week of release than the Avengers: Age of Ultron trailer had, and is on track to become the most watched trailer on the Internet of all time, according to technology firm Zefr (via THR).

Avengers: Age of Ultron held the top spot for 2014, with 50.6 million YouTube views in its first week, until the week of Thanksgiving, which saw the release of the Jurassic World trailer and the Star Wars trailer. It seems even superheroes can’t stand up to the forces of nostalgia, as both trailers passed Age of Ultron in their first week, with Jurassic World being viewed 53.9 million times, and Star Wars being viewed 58.2 million times.

Star Wars: The Force Awakens will comes to theaters December 18, 2015.