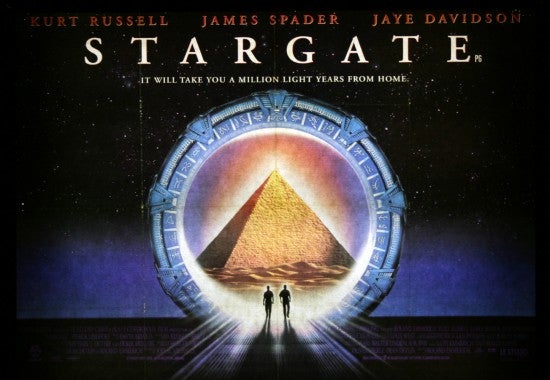 Disaster movie king Roland Emmerich and his frequently collaborator, Leverage Executive Producer Dean Devlin, will team for a trilogy of movies based on the Stargate franchise.

Termed a reboot that will establish a new mythology, rather than a sequel to the 1994 film and subsequent spinoffs.

MGM, who own the rights to the franchise but who rarely produce movies on their own anymore due to cash flow issues, will team with Warner Bros. to produce and distribute the film.

“We couldn’t be more excited to once again partner with Roland and Dean, the world-class creators of the original ‘Stargate,’ to bring their reinvigorated vision of this wildly popular property to audiences of multiple generations,” MGM chairman-CEO Gary Barber said. “’Stargate’ is one of the biggest titles in MGM’s vast library, and we look forward to adding this great franchise to our slate.”