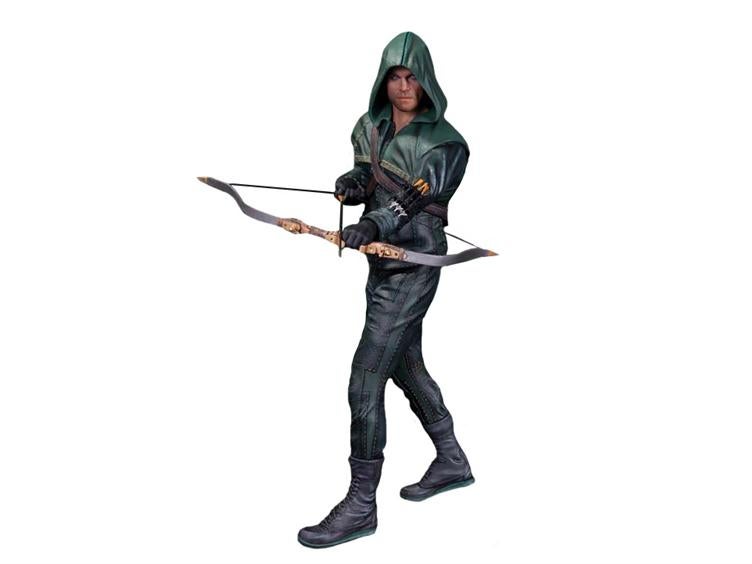 Stephen Amell, star of The CW's hit DC Comics adaptation Arrow, announced last night via a Facebook video (embedded below) that the raffle he's holding to benefit a young girl with cancer just got a boost from DC.

The publisher reportedly sent Amell four Arrow statues to supplement the two he was already raffling off, tripling the odds that anyone who buys a $5 raffle ticket might win one of the statues, which Amell will sign and personalize.

This isn't the first time that Amell has sold a personalized Arrow statue for the Prayers for Sophie charity; he auctioned one off on eBay earlier this year and, while it required two attempts because some people were bidding beyond their means and the first auction had to be cancelled, it still raised thousands of dollars for a family in need whose toddler has suffered from cancer for basically her entire life.