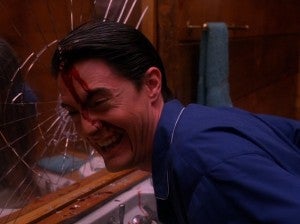 In a pair of unrelated stories that have found their way to i09 and Brad D Studios this week, two projects from director/producer Steven Spielberg's glory days have been brought to light which could have been fascinating--if strange--projects for the beloved director.

According to the first story, Spielberg planned to make a sequel to E.T. The film--which was just announced as coming to Blu-Ray soon--left off with E.T. gone and reportedly the treatment (available online) could have seen him return to help his loved ones rid the world of an evil, mutant strain of aliens who have been waging war with E.T.'s people for years and now want to bring their special brand of trouble to Earth. Ultimately he abandoned the project, saying in a recent interview with the American Film Institute that "Sequels can be very dangerous because they compromise your truth as an artist. I think a sequel to E.T. would do nothing but rob the original of its virginity. People only remember the latest episode, while the pilot tarnishes."

Of course, there's an argument to be made that it would have been nice for Spielberg to remember that when it came to do Indiana Jones and the Kingdom of the Crystal Skull.

The second story is that Spielberg was wooed by Twin Peaks producer Mark Frost and one of the series writers to direct the second-season premiere of the hit ABC series. Spielberg, who was apparently a big fan of the show, jumped at the opportunity and was able to make the timing work, but when series creator David Lynch decided to direct the episode in question himself, saying that perhaps Spielberg could come back and do one at a later time, the schedules never synched up again before the series was cancelled 21 episodes later.

Neither of these feels particularly like a Spielberg project, but what do you think? Would you have liked to see them?