Director Bryan Singer brought some of his X-Men Apocalypse cast members with him to Montreal Grand Prix and one of the photos he took of the event has provided us with our first look at a hat-less Alexandra Shipp.

Shipp, best known for playing KT Rush on the show House of Anubis, is playing Storm (Ororo Munroe) the mutant that can control the weather. Until today, we've only seen her with a hat on covering up whatever hairstyle the X-Men stylist have chosen for her character.

Now we can see that Shipp is bald. Does that mean Storm will be bald in the film? Maybe. Storm has featured a bald head in the comics before, like during Jim Lee's 1990s run of Uncanny X-Men. Although, there is better shot that Shipp's hair was removed to make a wig fit better. Perhaps, a mohawk wig? 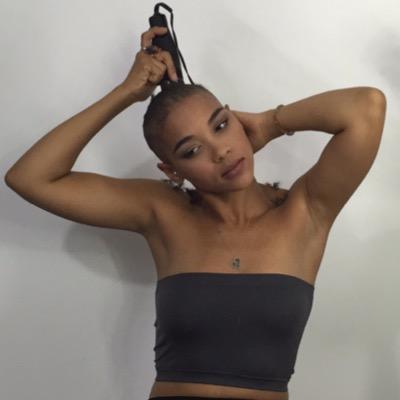 Sean Gunn Remembers Avengers Co-Star Chadwick Boseman: “I Wish We Had More Time With Him”

Godzilla vs Kong Hypes Fans with an Updated Logo

The Boys: How Starlight Is Changed Forever After Season 2 Death Scene