Aaron Sims Creative, the top-of-the-line design, previsualization and visual effects studio that has recently worked on big-budget Hollywood films like Ghostbusters, Pete's Dragon, and Teenage Mutant Ninja Turtles: Out of the Shadows, has released (via screencrush) a new batch of concept art their artists created for Netflix's smash-hit series Stranger Things.

I just want to focus on the four juiciest images from this batch. Let's begin with the mysterious hollowed-out egg. We only got a good look at it when Chief Jim Hopper came upon it while he was with Joyce Byers in the Upside-Down, searching for her 12-year-old son, Will. Did you know the egg appeared before that encounter?

"The egg was a design for something you actually see a couple times in the show, whether you recognize it or not," Aaron Sims told screencrush. "There are a couple encounters where we see the Demogorgon hunkered over, eating something - when Nancy goes into the Upside-Down through the tree, and when Eleven finds the creature in her 'vision,' it's hunkered over this egg, feeding off of it. It's not clear whether or not this is the creature's offspring - we don't even know if it's the same species. The only info we have is that the creature is feeding off this egg somehow." 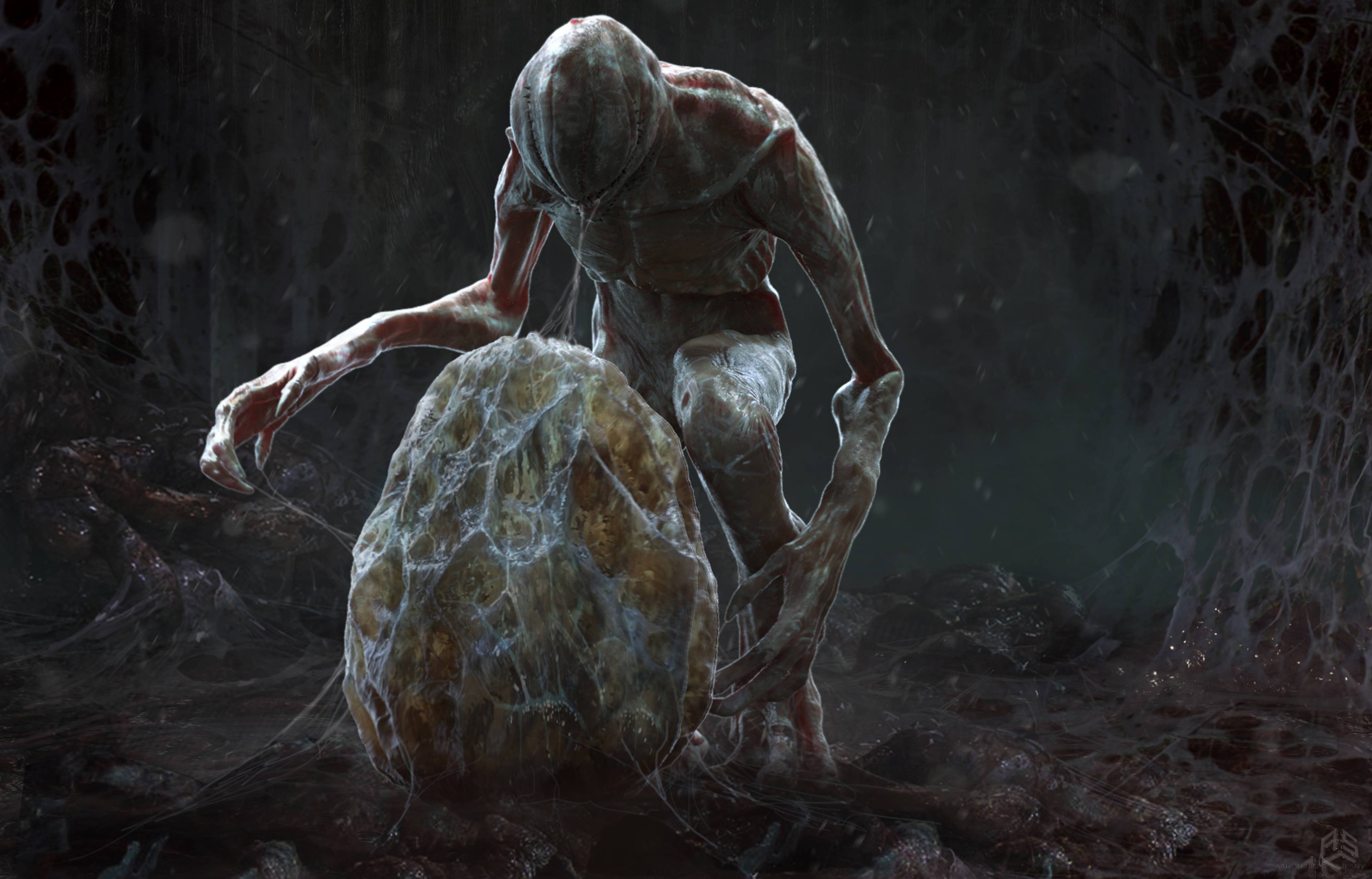 "This image was an early exploration of the Upside-Down and the rift that Nancy enters, in a period where we were still deciding on how much color we would incorporate, if any," Sims explained. "At the time, we didn't necessarily know if day and night existed in the Upside-Down. We actually considered the possibility of a time change when going between the two worlds - e.g. Nancy entering the rift when it was nighttime in our world, and coming out into the Upside-Down in the day. In the end, our designs for the Upside-Down went toward what you now see in the show." 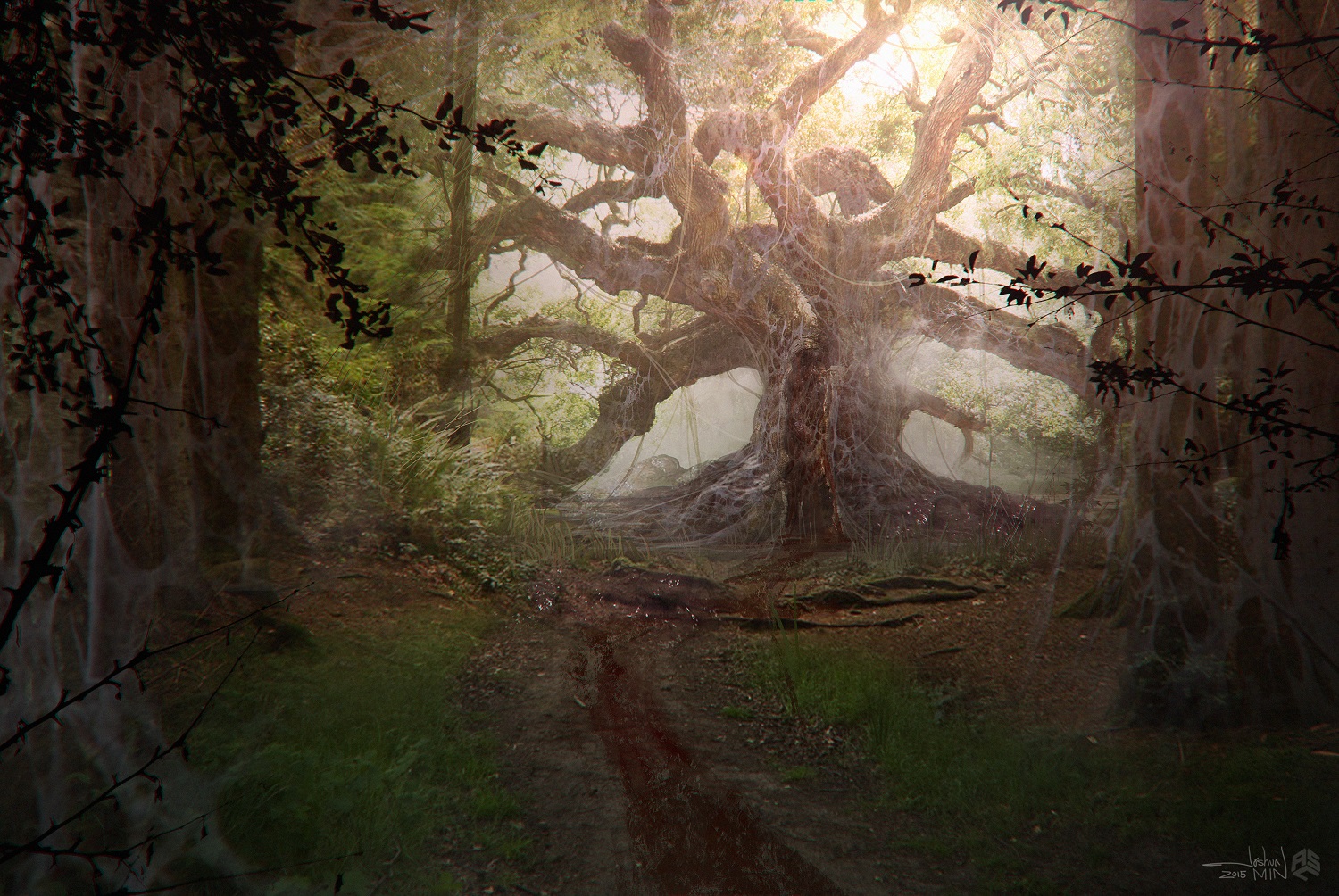 Lastly, alternate designs for Barb's death which are more brutal than what we saw. "Based on our original discussion with the Duffers on this design, we wanted to go really graphic with it to highlight the horrific aspects of Barb being eaten," Sims shared, "and something then growing on top of her - thus, the ribs poking out of her stomach in the first shot."

And don't assume these designs were nixed because they were too graphic. Sims assured the designs went unused because Barb's body "became too unrecognizable." He added, "The viewer needed to see something that was very recognizably dead." 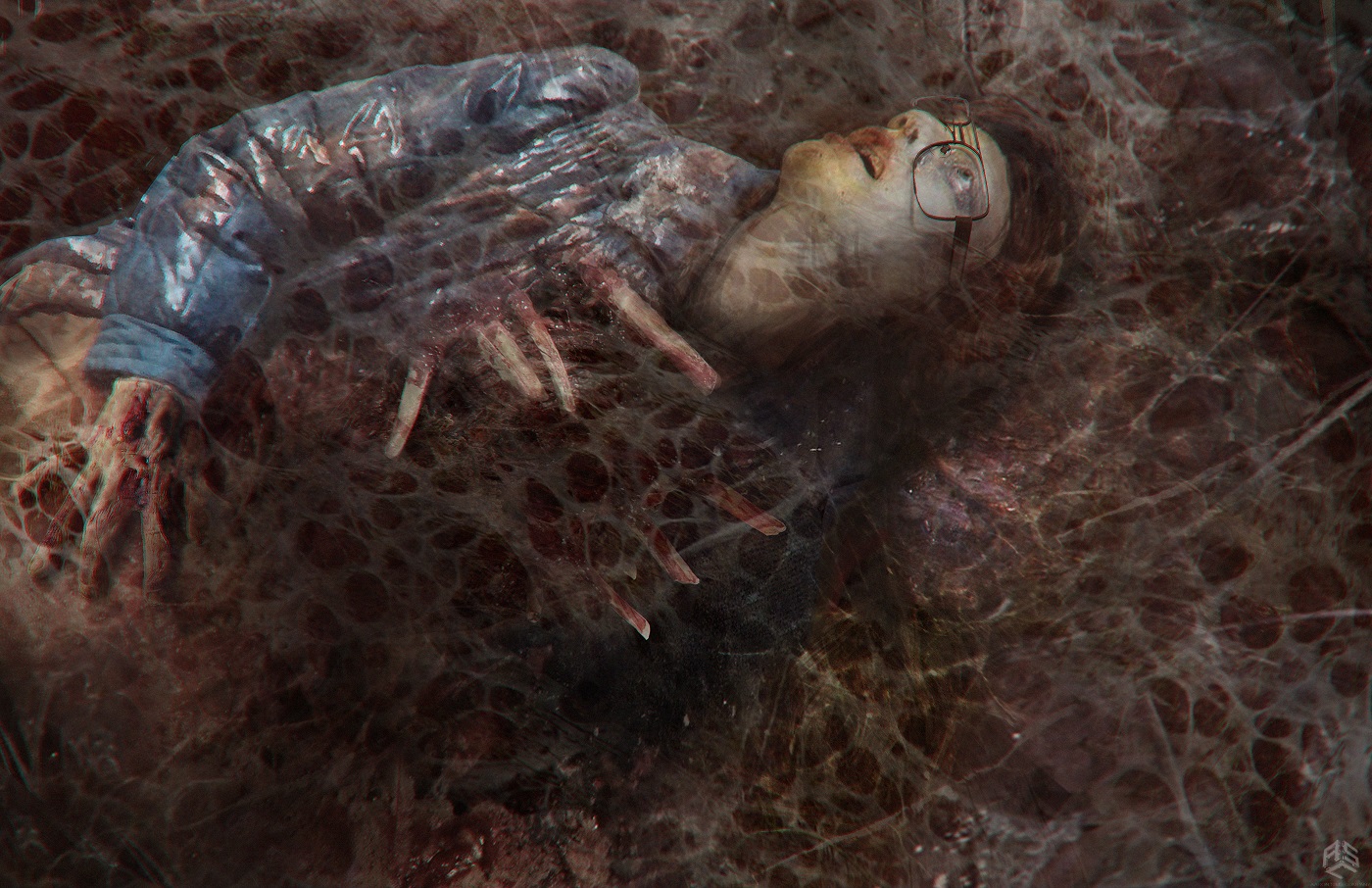 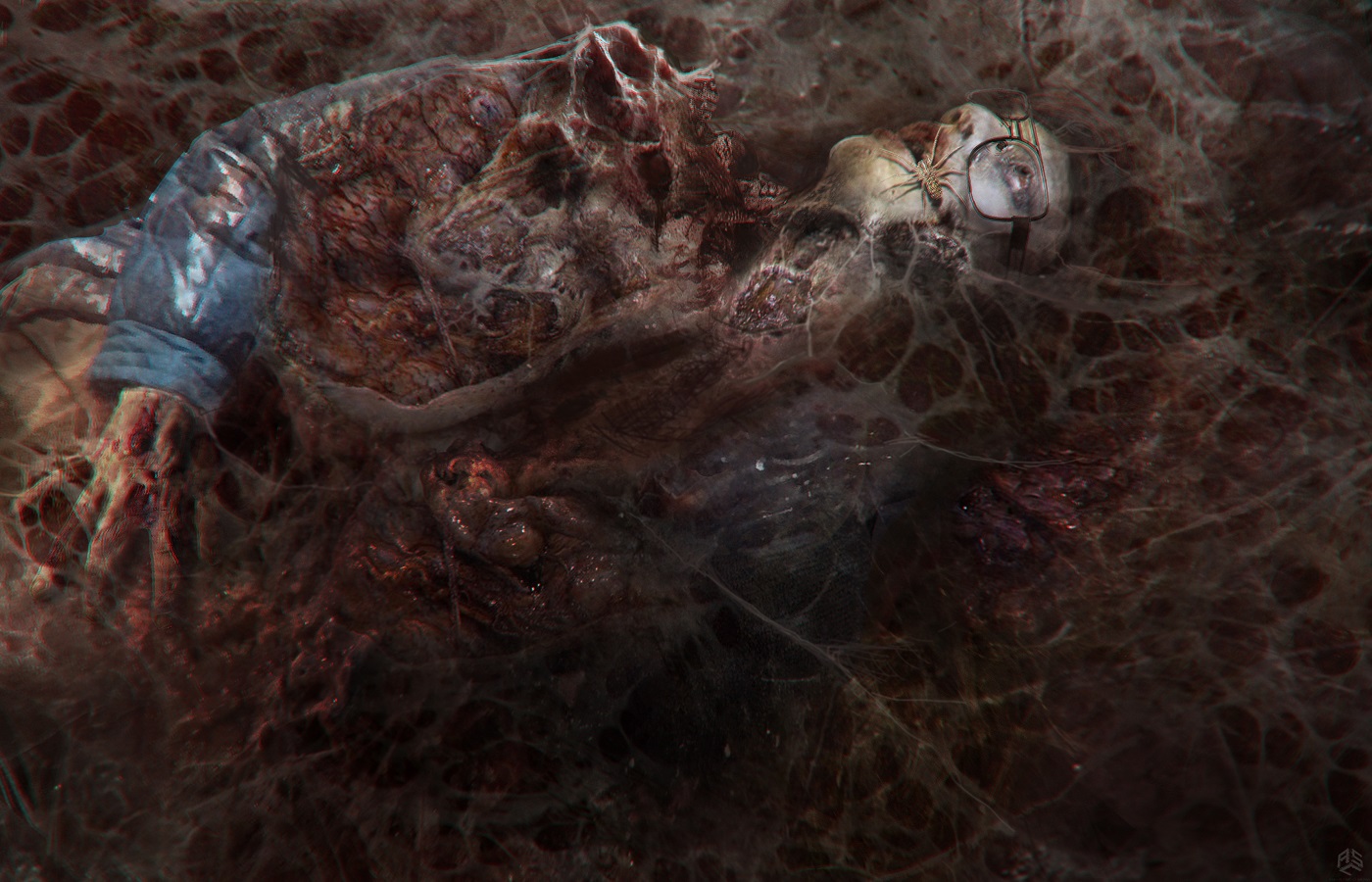 A love letter to the supernatural classics of the 80's, Stranger Things is the story of a young boy who vanishes into thin air. As friends, family and local police search for answers, they are drawn into an extraordinary mystery involving top-secret government experiments, terrifying supernatural forces and one very strange little girl.

Matt Duffer and Ross Duffer (Wayward Pines, Hidden) serve as writer, directors and co-showrunners of the series, and are executive producers along with Shawn Levy and Dan Cohen via their 21 Laps entertainment banner (The Spectacular Now, Night At The Museum, Real Steel, Date Night). Shawn Levy also serves as director.

The original series Stranger Things is now available to stream on Netflix.