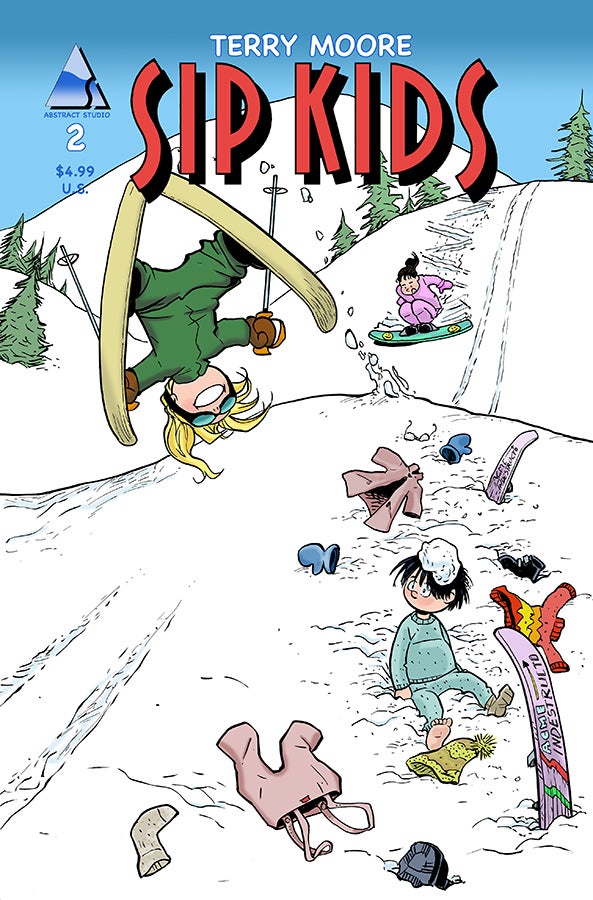 SIP Kids, the one-shot that explored the characters from Terry Moore's award-winning Strangers in Paradise as a six-year-olds in a more traditional strip-humor setting, is coming back for a second installment in December, Moore announced via his blog.

"Reaction to SIP KIDS #1 was very good, so I'm going to make a #2 issue. Here is the cover with my rough color job done for retail solicitation. This book is scheduled for December," he wrote simply.

It's no surprise that he wants to do more with the property; when he first announced it, Moore said that he hoped to make more if the sales of the first issue justified it. He sold a limited number of signed copies at Comic Con International: San Diego in July before its official street date in August.

"Ever since I drew scenes of the cast as kids inStrangers In Paradise #33, I've wanted to do more with that," Moore told ComicBook.com back in June. "My favorite moment in SiP is in #33, when 6-year old Freddie and Casey have a divorce fight. Watching those words come out of those faces is just priceless, and character revealing. So it's a cartoonist goldmine. How could I resist?"

Moore will work the humor series around his currently-ongoing Rachel Rising, the fifth trade paperback for which will also debut in December according to that same blog post. Rachel Rising #28, the next installment of the series, will hit store shelves on September 17.

SIP Kids was the first new material featuring the characters of Strangers in Paradise since the series ended in 2007, but even Kids is clearly not canonical, nor does it follow the events of the comic. Moore announced at San Diego Comic Con International in 2012 that he is working a novel that will pick up with series leads Katchoo and Francine in real time, years after the final issue of the comic.