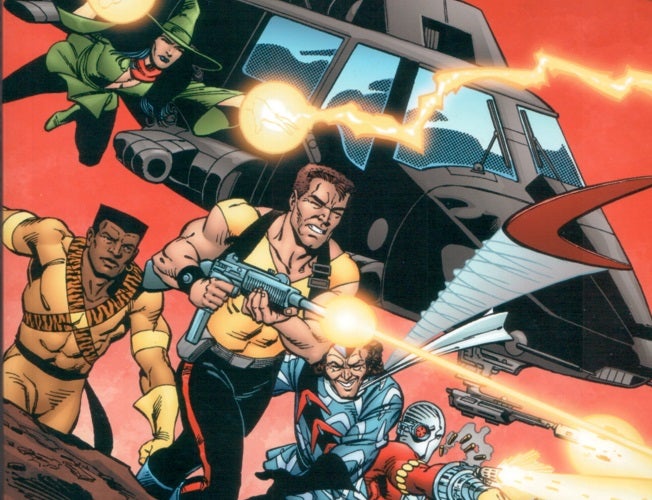 Telling fans to "get reading" what he calls one of the most underrated runs in comics, DC Entertainment Chief Creative Officer Geoff Johns has dropped what may be the first substantive hint about the direction of Suicide Squad, the David Ayer-directed supervillain team-up film set for release in 2016.

Could not be more excited for the cast of Squad! @jfostrander 's run is one of the best and underrated in comics history IMO. Start reading.

Ostrander wrote Suicide Squad for nearly 70 issues in the late '80s and early '90s, in a celebrated run that has only partially been collected. Ostrander's run is available in its entirety on ComiXology.

In 2007, he returned to the property with an 8-issue miniseries that featured many of the characters named in the just-announced cast list for the feature film.

The Suicide Squad has been major players in DC's publishing and multimedia plan in recent years, with a number of characters from Ostrander's run appearing in movies like Batman: Assault on Arkham and TV shows like Arrow. Tonight's episode of The Flash sees Green Arrow and The Flash teaming up for the first time, hunting Captain Boomerang, who will serve as the primary antagonist in tomorrow's episode of Arrow.