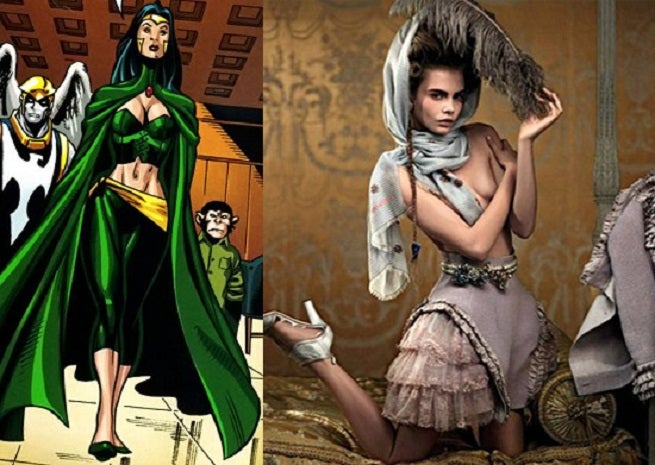 It's probably a surprise to many that DC Comics' obscure character Enchantress will make it to the big screen before Marvel's much more recognizable Thor villain of the same name.

Debuting in 1966, just two years after the first appearance of Marvel's Enchantress, the character will be played byCara Delevingne in 2016's Suicide Squad, the first movie after Batman V Superman: Dawn of Justice to be set in the cinematic world created by Zack Snyder's Man of Steel.

According to the DC Comics Wiki, Enchantress is a magic-using super-villain. Her human host is the innocent woman June Moone. Originally she was explained as a second personality, but later she was revealed as a separate entity. 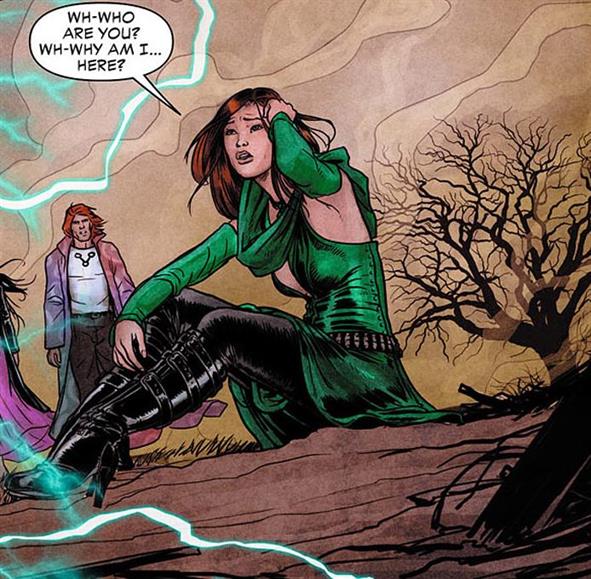 That's all well and good, but it's not totally fair to the character in terms of Suicide Squad. Like Red Hood, it's probably more fair to refer to her as an anti-villain. She's turned to the side of the angels (no pun intended given her supernatural nature) often enough that it's hard to call her a true villain. One of her more memorable recent roles was as a member of the superhero team Shadowpact, which she joined after Moone managed to gain control of the body and could use her powers without the Enchantress personality/entity being in charge.

During the Legends storyline that kicked off John Ostrander's Suicide Squad run, Enchantress proved to be an agent of chaos and discontent; she joined up for personal reasons rather than being forced, betrayed the team and was knocked out and thrown in jail by the rest of the Squad. When they were released from prison, she remained behind -- and then it was her magic that prevented Deadshot from killing Captain Boomerang when the Squad was ordered to do so by Amanda Waller.

Suicide Squad: Who is The Enchantress?