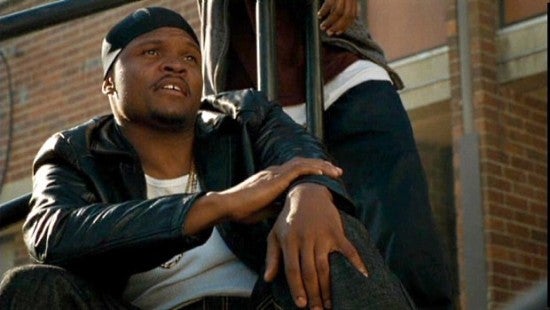 Big-name actors who play in top-tier material like superhero movies and other high-profile comics adaptations are among some of the most in-demand actors in the country, and as such, they tend to get their pick of comfortable projects expected to make boatloads of cash.

Traditionally, sports movies fall into that category; you can live well on residual checks from films like Sneakers or Major League, and in the United States, football is king.

So, ahead of tonight's Super Bowl XLVIII, we figured we'd take a quick look at some of your favorite superheroes, supervillains and comic book hitmen as they take their shots at football movies.

Jamie Foxx - Any Given Sunday

Years before ads for his turn as Electro in The Amazing Spider-Man 2 overshadowed Super Bowl XLVIII for fanboys everywhere, Jamie Foxx played Willie Beamen in Oliver Stone's critically-acclaimed football drama Any Given Sunday.

Below, you can check out his (not safe for work - language) video for the in-movie song "My Name is Willie."

This one has to be the best-known on the list, right? In Disney's Remember the Titans, Denzel Washington took the "inspirational sports movie" dial and turned it up to 11. Little did we know at the time that he would eventually become known as the star of the low-budget comic book hit 2 Guns, a sequel to which is already in development. You can check out some of his coaching credentials below.

Before he was Vic Stone, a.k.a. Cyborg, on The CW's Smallville, the late Lee Thompson Young played Chris Comer in the feature film version of Friday Night Lights.

Check him out, misplacing his helmet, below.

Arguably the greatest football movie of all time, Rudy has been a fan-favorite for years and is one of the handful of times it's allowable for macho men to cry in the company of other men (see also Field of Dreams). And one of its principal performers? None other than Jon Favreau, Happy Hogan himself, who would go on to star in Daredevil before directing the first two Iron Man films.

Bonus points for the clip below featuring Sean Astin from The Lord of the Rings.

IronE Singleton - The Blind Side

IronE Singleton, who played T-Dog on AMC's The Walking Dead, first made himself famous as the mouthy drug dealer in the clip below from The Blind Side, the true story of NFL football player Michael Oher.