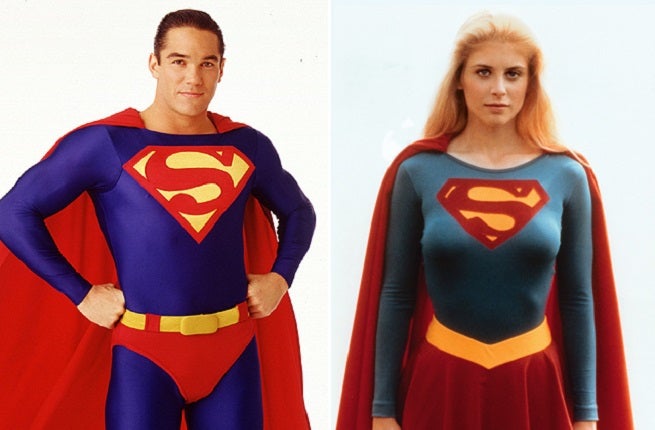 Currently, IMDb has the pair listed as Fred and Sylvia Danvers, and while a user-edited site is far from a reliable source for accurate information, it's seems likely that it could be true in this case

With Supergirl's Kryptonian mother already cast and producers declining to identify their characters, it seemed like this was the most obvious way to go. TV's original Flash John Wesley Shipp plays Henry Allen, Barry's father, in that series.

The Superman franchise also has a history of honoring its past this way; Lois's mother on Lois & Clark: The New Adventures of Superman was Phyllis Coates, who played Lois Lane in The Adventures of Superman. Coates' replacement on that show, Noel Neill, would play Lois' mother and original screen Superman Kirk Alyn her father in Superman: The Movie. Teri Hatcher, who played Lois on Lois & Clark, would go on to play Lois' mother in Smallville. And that just scratches the surface.

We Need To Talk About The Fighting In Dragon Ball Heroes

WandaVision: Episode 3 May Have A Big Hint That Scarlet Witch Is A Mutant