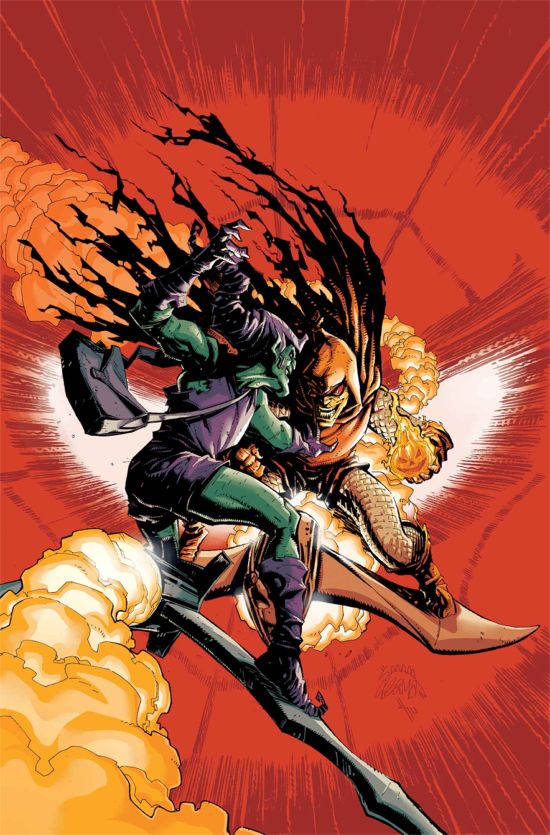 According to Marvel, "Nobody has pushed Peter Parker harder than the Green Goblin. But as Spider-Man’s greatest nemesis returns, will Otto Octavius be able to withstand the onslaught? Moving in the shadows, the Goblin and his army have prepared for war right under his very nose! And the first battle is upon them as the Green Goblin goes glider-to-glider with the original Hobgoblin! And only one of them is walking away…" 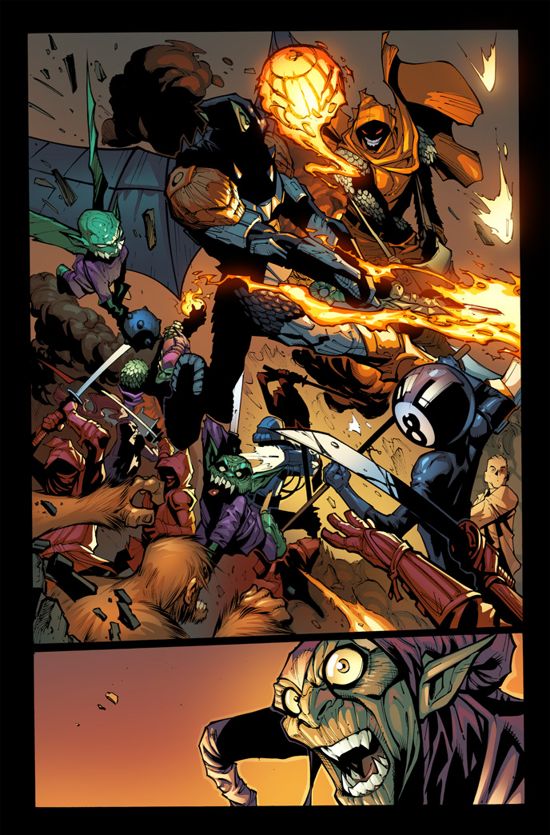 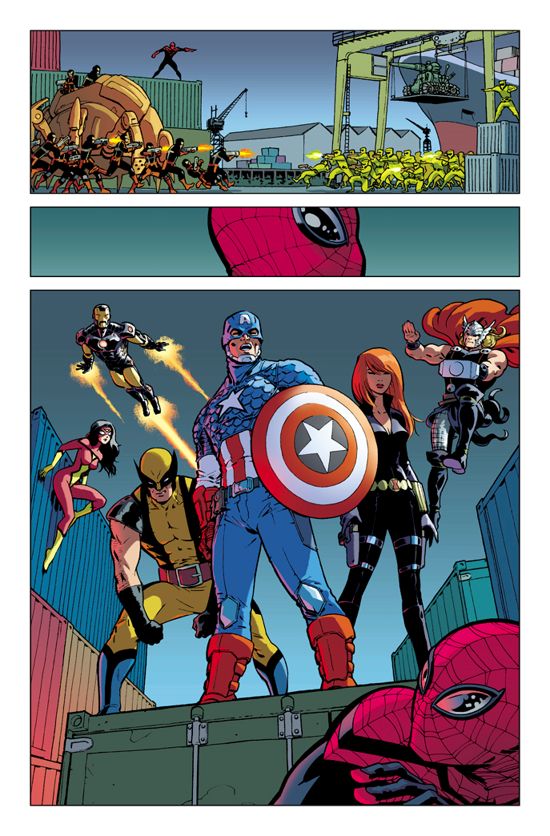