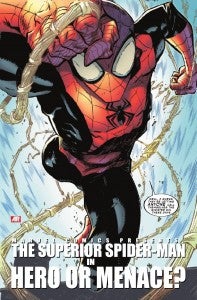 We know it's shocking--but not everyone who wears a mask is what they appear to be underneath. Take the new, "Superior" Spider-Man; he's not exactly Prince Charming under there.

So we got to thinking: When has this gimmick--the "villain stuck in a hero's body" (to one extent or another) actually worked? You get things like Edison Rex, but since he's an open book and the whole world knows he's a villain who's at least pretending or trying to be a hero, it's a whole different thing. This is a bit more like Savage Dragon...but we'll get to that.

Bear in mind there will likely be spoilers ahead.

We're not going to count people who were good, and then turned evil later here--in comics, that list would be too long to bother with and, frankly, most of them turn back soon enough anyway. We're talking about some bad, bad people who turn into heroes for one reason or another, and whose nefarious past isn't revealed until later.

Chime in to let us know who we missed!

Booster Gold used to be here, but he was never a villain, just kind of a jerk before he became a superhero. Instead, we'll use the guy who kind of embodies the trope to a lot of readers, although whether or not he counts is somewhat questionable, since he's another one of those characters who started out as a fairly straightforward hero and morphed into a villain who believed himself to be doing the right thing.

What keeps him on the list and leaves off Magneto, who had a similar character arc? Well, it's simple - for Ozymandias, the fact that he was a wolf in sheep's clothing was a central part of his character in the only story that really matters for the character. Magneto was a villain first and then got that backstory imposed on him later--and besides that, during the time he's a villain, he rarely makes any effort to hide the fact.

At any rate, Ozymandias's face heel turn is Watchmen's culminating, and arguably most memorable moment.

This one's surely got to be the longest game on the list.

Emperor Kurr, a despotic maniac leading a massive starship full of a fairly peaceful people, finally got some comeuppance when he decided that he wanted to exterminate humanity and take over Earth; blasted through the brain, he lost his own memories and had them replaced with pirate television signals from the planet below, then was blasted to the ground, where he awoke, dazed, in a massive fireball.

Kurr spent nearly 20 years as Dragon, Chicago's #1 hero in the Image Comics Universe, before repeated traumas forced the hero's old personality to the top and Kurr went on a massive killing spree. He nearly exterminated all of humanity using sophisticated germ warfare, but was stopped by (and this is a really simplified way of looking at it) a version of Dragon from the future who, already having defeated Krull, came back to prevent his greatest crime.

First appearing in an issue of The Incredible Hulk, a team of reformed villains called the Thunderbolts would go on to have their own series for...well, pretty much for fifteen years, with the new volume launching as part of Marvel NOW!.

In their earliest appearance, though, they didn't wear their supervillain costumes but a whole other set of duds; the first issue of their series saw them do the same, until a last-page reveal that shocked readers, and managed to stay a pretty great surprise considering that the Internet was still in its infancy in 1997 and was not yet the delivery device for ruining plot twists that it is today. The Masters of Evil managed to remain the Thunderbolts's shadowy secret until that last page, and earned the title huge kudos from fans and critics who saw it as a clever, gutsy twist.

A deeply disturbed teenager, Terra joined the Teen Titans as part of a stealth campaign alongside Deathstroke the Terminator; she would infiltrate the team and then the pair of them would kill them all. Her instability combined with Deathstroke's apparent betrayal led her to flip her nut completely and try to kill everybody. She succeeded only in killing herself but was remembered for her heroic deeds and it was quite a while before anyone--even her brother Geo-Force--was informed that she had in fact been a mole. 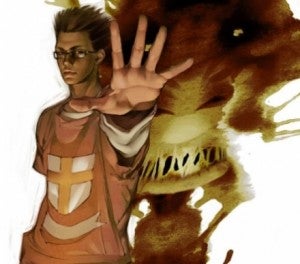 A charter member of the Runaways, Alex acted as the team leader for most of the series' first volume, until the shocking reveal that he was in fact one of the bad guys they were supposed to be running away from.

And a jerk to boot--he not only betrayed his team, but his girlfriend, too, screwing up Nico for a good chunk of the series...!

A member of Generation X, Mondo was secretly working for Black Tom Cassidy, a mole inside the team. That Mondo was just a clone, though, and ultimately when he attacked the team and was killed during the ensuing battle, it was no great loss--the "real" Mondo showed up shortly thereafter and was just as evil and just as allied to Black Tom.

Superior Spider-Man and Friends: 6 of The Best Heroes Who Were Secretly Villains