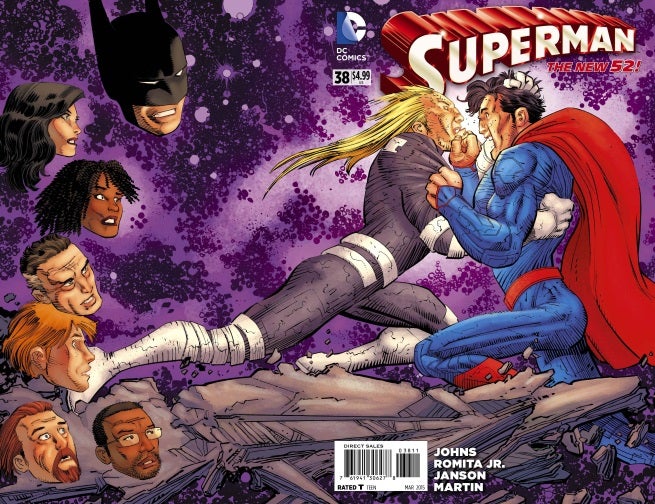 As teased by DC Comics, today's Superman #38, from the creative team of writer Geoff Johns and artist John Romita Jr., shows a new power for the Man of Steel, as well as introduces a new costume. On top of that, the last page offers a surprise twist that will alter Superman's mythos going forward.

This post is going to be SPOILERIFFIC Superman #38. You've been warned.

Let's start with the brand new power. Here it is in action: 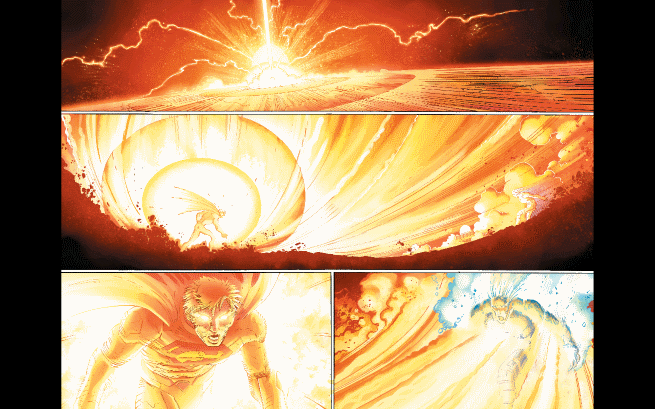 While the art here is stunning, it's doesn't provide much hard detail on what exactly Superman is doing, besides "going boom." Luckily, Batman retrieves Superman from the rubbles and brings him to the Batcave, giving him a chance to recuperate.

Batman explains that Superman detonated in what the Dark Knight christens a "Super Flare." The ability is an evolved version of Superman's hit vision. Instead of focusing energy out through his eyes, the Super Flare allows Superman to release energy from every cell in his body, all at once, resulting in a solar flare like energy explosion. Batman says the flare incinerated everything within quarter mile radius.

Using the power seems to be very draining on Superman. The initial use causes Superman to pass out, something that Batman says he's never seen happen to Superman. Batman also informs Superman that the flare completely drained his cells, leaving him temporarily without super powers. Batman says his powers should return once his cells recharge, a process that should take about a day, in theory.

The destructiveness of the power, combined with how taxing it is on Superman, definitely make the Super Flare a last ditch effort, Hail Mary kind of power…but also offers a way for Johns and future writers to easily remove Superman's powers, which is an interesting tool for them to have in their box.

With his previous costume destroyed in the blast, Superman also gets a new look. Here it is:

We've seen the costume on an upcoming Superman cover already, but it looks slight different here. What looks like fingerless gloves on the cover appear to be just a long sleeve, and the belt that was yellow on the cover remains red. His cape connect to his shoulders a little differently, giving it a rounded look, and it cuts down on the amount of lines, making it a bit less busy.

The image comes from the book's final page, but it's been edited to avoid a larger spoiler. This is you FINAL WARNING. 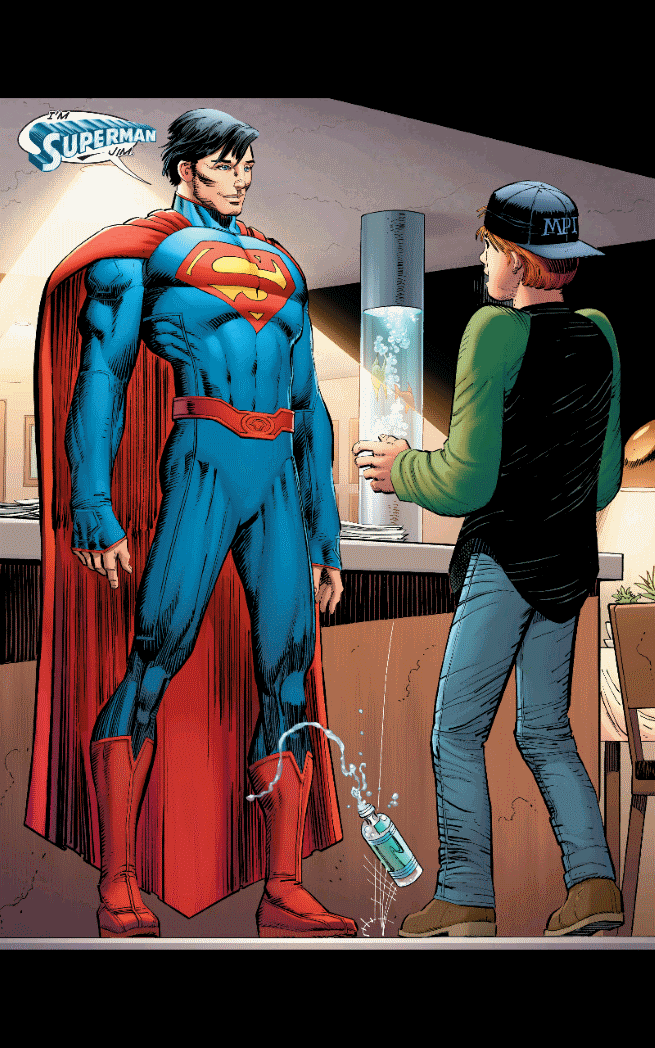 Clark Kent outs himself as Superman to his pal, Jimmy Olsen. This is quite the twist on the Superman formula. We know that Lana Lang knows about Superman's identity in the New 52 continuity, but the dissolution of Clark and Lois' marriage meant that his secret was, otherwise, safe. To let Jimmy in on it opens a whole new dynamic we've not seen in the Superman franchise before.

You can read it all for yourself in Superman #38, on sale now.