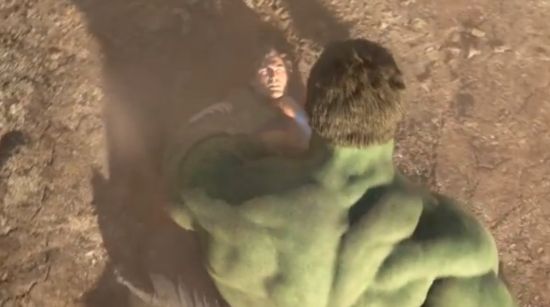 Who would win in a fight between Superman and the Hulk? It's a question that has been the source of endless debate among comic book fans. In a series of YouTube videos, animator Mike Habjan is attempting to provide an answer to the age-old question. Habjan has just released his fourth video pitting Superman against the Hulk. The first video dealt with the initial meeting between the two super-powered beings, while the three subsequent videos have been all about the fight. We've embedded the four videos below from Habjan's YouTube channel. In one scene in the latest video, Hulk gives Superman a beating similar to the one he gave Loki in the Avengers.

Superman And The Hulk Fight In Video Series