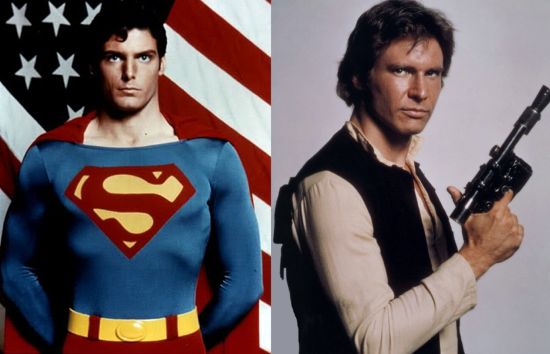 After paying $4.05 billion for Lucasfilm, Disney CEO Bob Iger told investors, “When you look at all the franchises and IP ever created in the history of entertainment and rank them in terms of value, Star Wars is always at or near the very top of that list.”

Well, a new poll by Stratego Sci-Fi backs up Iger’s claim of Star Wars being near the very top of the list, but Star Wars was not at the top. According to the Stratego Sci-Fi poll of more than 2,000 Britons, Superman is the greatest sci-fi character of all time.

That’s likely good news for Warner Bros., because their Man Of Steel movie is scheduled to arrive in theaters in summer 2013. Of course, the news isn’t all bad for Disney, because after Superman, Star Wars characters take the next two positions. Han Solo finished in second place, while Yoda finished in third place. In fact, Star Wars placed four characters in the top ten, which was more placements than any other sci-fi franchise. Darth Vader was sixth, while C3PO was ninth.