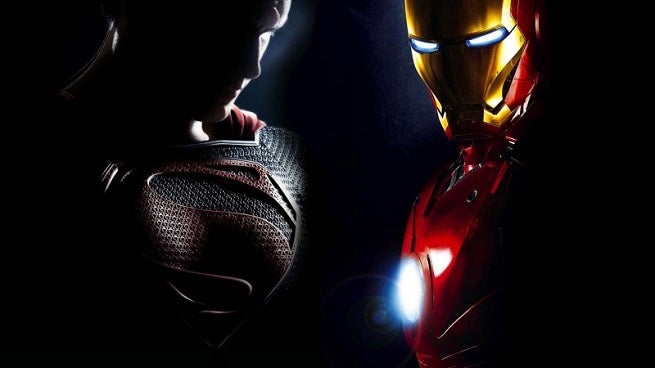 A fan on YouTube has edited together footage from the Iron Man and Avengers films with Man of Steel to create Man of Steel/Iron Man, which creates the effect of Henry Cavill's Superman squaring off with Robert Downey, Jr.'s Tony Stark.

Since the announcement of two massive, competing (or complementary) film slates for Marvel and DC earlier this year, there's been a glut of fan-made videos both mashing up and just plain teasing the more than twenty upcoming superhero movies.