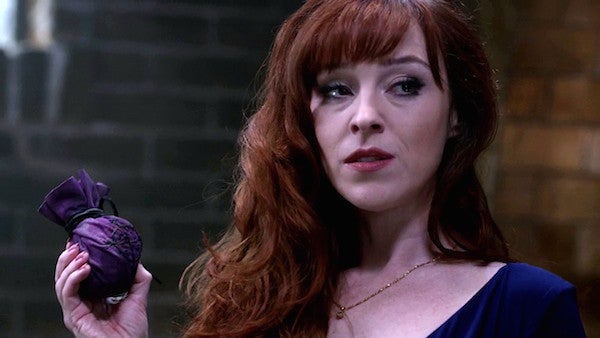 Tonight on Supernatural, we'll get a few key moments for Rowena, this season's menacing mysic played by Ruth Connell.

But what's it like trying to stand up to Crowley? And how did she find out that she was going to be playing the mother to a man who's older than she is, and has a decade of mythology on the show built up?

Connell joined ComicBook.com to talk about tonight's episode and her season as the mother of the King of Hell. 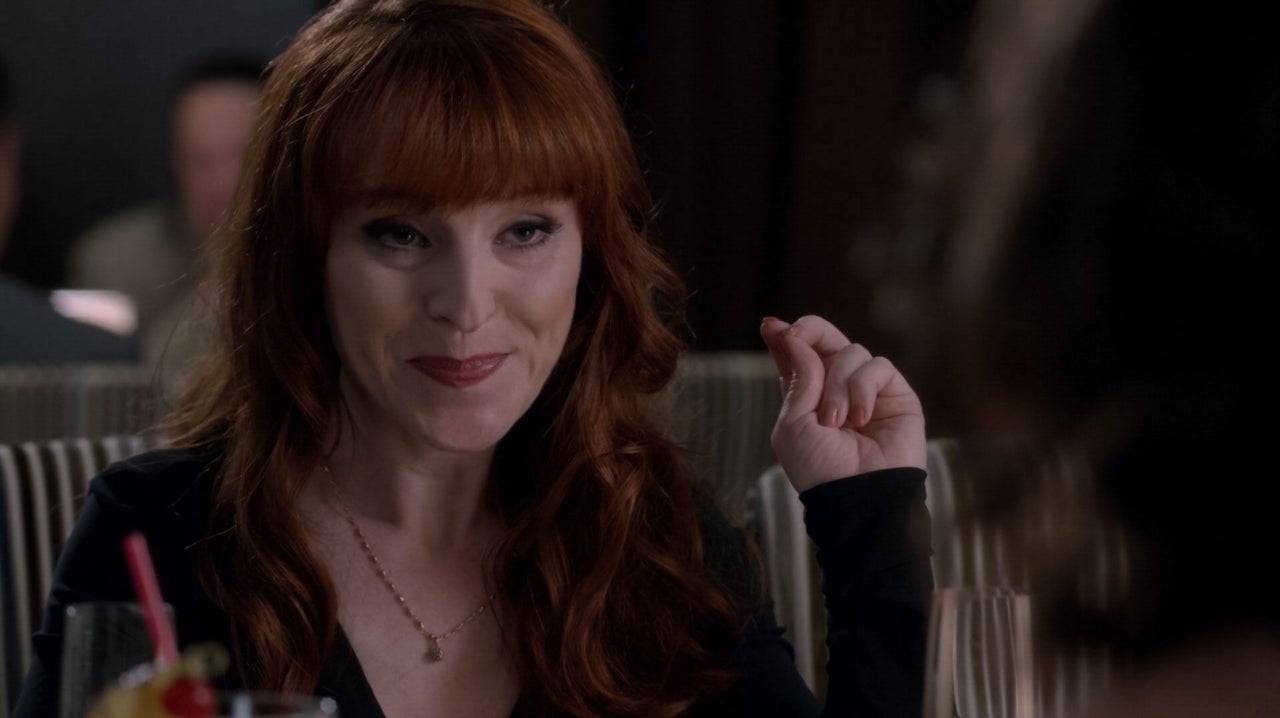 The first thing I wanted to know -- when you took this job, how were you approached? Coming and saying that they wanted you to be the mother to an actor who's older than you is an odd, interesting request, isn't it?

When I did the audition and I had the audition sides, they kind of changed some of the names around. And I was thinking, "Gosh, maybe I'll end up being Gavin's mom." I wasn't sure. I had guessed it was something to do with Crowley.

So then when they said to me, "By the way, you're the mother of the King of Hell." How many times in your life...amazing! The age thing doesn't come into it. I just see the man Mark is; he plays Crowley so well and we just play off the relationship.

One of the lines that I thought really cemented Rowena early on was the acknowledgement of being a "horrible" mother. There's a lot of self-awareness there.

Yeah, it's brilliant. It gives you a lot of freedom and it means you're not playing by normal convention, then. You don't have to pretend to do things you don't want to do and you can be quite flagrant about your bad points. You can be flagrant about your selfishness. You can know something on one level -- that doesn't mean there isn't still deeper stuff underneath that that can still be excavated as to why. You don't quite know why, not really, and I think there's lots of scope there for writers in the future to say why was she such a terrible mother?

Because Supernatural deals with Heaven and Hell, I feel like it allows people to be very broad when they want to be and to play their roles in a kind of flagrant way, like you said. When you go in for a part like that, do you know where that balance is in the audition?

This is the thing: When I got the audition sides for this part, it was in such a sweet spot for me. I have a feature background and I had just played Captain Hook in a play. This character was written and she's larger than life, and the show is larger than life -- it's epic!

For me, I suppose the balance I've been trying to strike is to be truthful. I mean, Rowena lies but to work from a point of honesty with it and to have fun with it. She's not small; it's not about being minimalist, necessarily. So I did watch -- I watched like 14 episodes of the show back to back. I got the notice on Friday and my audition was on Monday so I just cleared my day for two days and just to take the tone and the feel, to get it in me, so I didn't have to think about that. I'm in evening gowns casting spells; it's just brilliant fun and I think as long as you keep having fun with it, hopefully people come along with you, even if you are being quite big.

The other side of that is that you're not physically imposing, so you've been doing this dance where you're going toe to toe with somebody who's pretty menacing. What do you put into your performance to counteract that?

I think I'm really lucky that Mark and I really do have a great chemistry, and he's a brilliant actor. I came in as partly the device so that we could find out more about Crowley. He was very supportive of everything I did. He would tell me what he thought was good which, that doesn't always happen as a new person. So that's the first thing,  is that the crew and the cast and everything made me feel good and made me feel welcome.

The second thing is, they do sometimes put me on a box [laughs], when I am more toe to toe.

If I put myself in the shoes of this woman who has been a survivor for over three hundred years -- and whatever else happened, she did spawn the future King of Hell. And I give as good as I get. Hopefully I am a match for him; I have to be a match otherwise it's not interesting. There's no jeopardy if I'm not in some way dangerous to him. I will be honest and say that if Mark as Crowley reached out to me, I'd feel it. You have to get accustomed to the steel bar that must be her spine.

Can you tease what's coming up this week that makes it a key episode for Rowena?

It's safe to say Rowena has quite a few big moments coming up -- and that's just such a gift as an actor. I'm so happy with the scripts that I've been given and the moments that the writers and producers have put there for Rowena.

In this episode, what you see is her coming face to face with her nemesis, really, who was the reason she was ostracized from the Grand Coven, her community. She's been an orphan, I suppose, because of it. The last scene is so funny that I'm in in this episode. You see what happens with all of it, the outcome of this confrontation and it's pretty funny. I look forward to the fans' reactions. I can already see the fan art and the GIFs and everything else from the end of this episode.