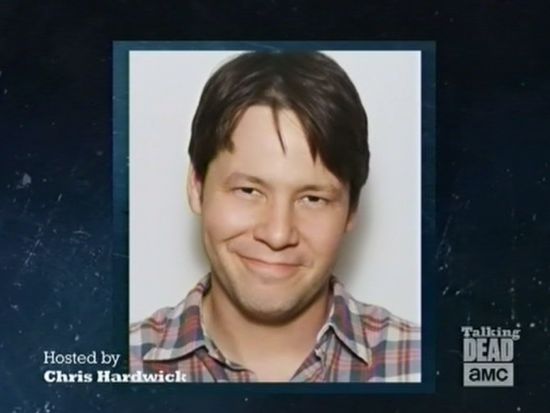 After tonight’s “Live Bait” episode of The Walking Dead, there is an hour long Talking Dead. Chris Hardwick is the host of the Talking Dead.

On tonight’s episode of Talking Dead, the celebrity guests are actor and comedian Ike Barinholtz and Walking Dead cast member David Morrissey. Ike Barinholtz is known for his roles on The Mindy Project, The Awesomes and Eastbound & Down. He was also a cast member on MADtv from 2002 to 2007.

The “Live Bait” episode of The Walking Dead features The Governor, so it will be interesting to hear what David Morrissey has to say about The Governor's return.