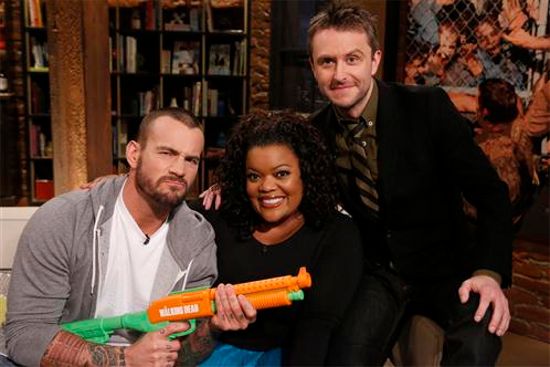 CM Punk’s real name is Phil Brooks. Brooks is best known as a professional wrestler, who is the longest-reigning WWE Champion of the modern era. CM Punk is currently on sabbatical from the WWE.

Yvette Nicole Brown is an actress, who is best known as Shirley Bennett on the NBC comedy series Community. She has also appeared on such shows as The War At Home, Malcolm in the Middle, That's So Raven, and The Office.

A previous version of this story misidentified CM Punk's last name as Broker, not Brooks. We regret the error.