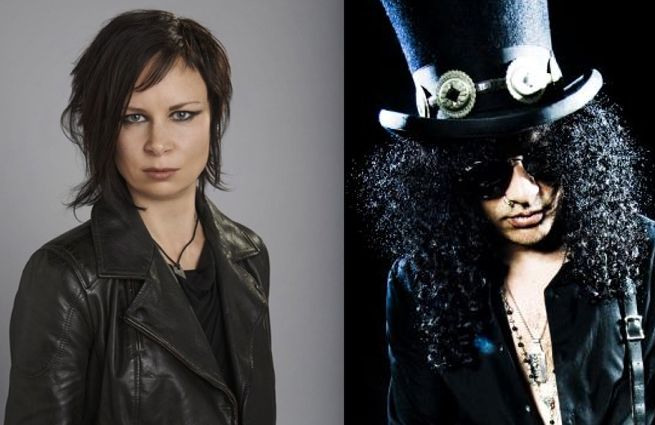 After tonight’s “Four Walls and a Roof” episode of The Walking Dead, there is an hour long Talking Dead. Chris Hardwick is the host of the Talking Dead.

On tonight’s episode of Talking Dead, the celebrity guests are Slash and Mary Lynn Rajskub. Slash is the stage name of Saul Hudson, who is the former lead guitarist of Guns N’ Roses. Mary Lynn Rajskub is best known for playing Chloe O’Brian on 24.