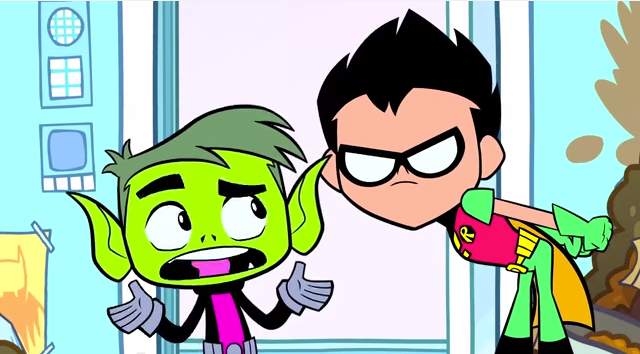 Apparently, saving the world from the forces of evil leaves little time for more domestic duties, like cleaning one’s room.

That’s a problem currently plaguing Beast Boy in a new clip from Cartoon Network’s Teen Titans Go! In the preview for next week’s episode, the Titans finally confront Beast Boy’s sanitary setbacks by cleaning his dumpster of a bedroom. But the filth is far greater than anyone could have anticipated, as Beast Boy’s room looks more like a missing set piece from Escape from New York than a superhero’s living quarters.

Check out the full video below, where you'll meet the Titans' sixth secret member, Sticky Joe! We can’t wait to hear his origin story.