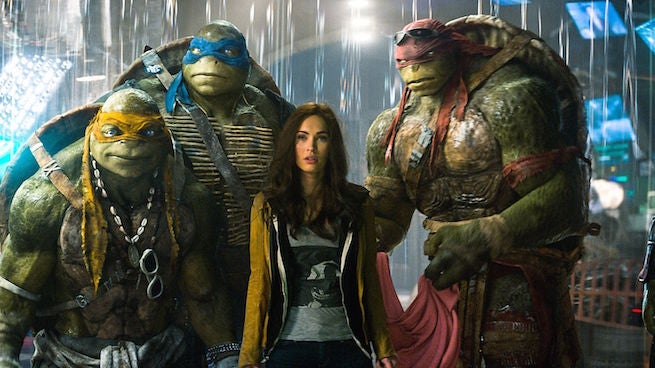 Turtle Power rages on in the latest installment of Honest Trailers. The popular web series takes a look at one of this year's most polarizing films, Michael Bay's Teenage Mutant Ninja Turtles.

When a kingpin threatens New York City, a group of mutated turtle warriors must emerge from the shadows to protect their home.

Honest Trailers has another take on the film: Relive 2014's hit reboot of TMNT, a film that wasn't directed by Michael Bay - but feels like it was anyway.

While the film was a hit at the box office and a sequel has been announced, Teenage Mutant Ninja Turtles has been named by RiffTrax as the Worst Movie of 2014.

The next Teenage Mutant Ninja Turtles installment is scheduled to hit theaters in 2016.