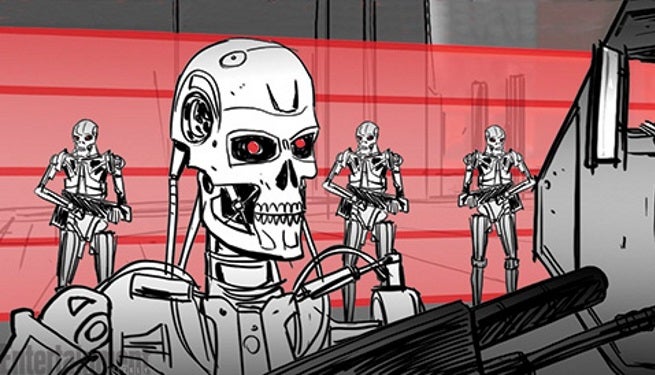 Entertainment Weekly has a first look at storyboards from Terminator: Genisys that show a pretty large battle between man and machine.

Since the main plot of the film involves Reese being sent back in time to protect John’s mother Sarah (Emilia Clarke) from being killed by a time-travelling Terminator, we’ve have to guess that this scene takes place early on in the film, before Reese makes the time jump.

Check out the storyboards in the gallery below.