It's been a while since we sat down with Rachel Rising creator Terry Moore. While typically we chat with him about each issue as it comes out, we managed to miss two in a row -- while Moore was busy not only churning out Rachel but also SIP Kids.

Oh, and writing a TV pilot for Rachel Rising after which, if his panel at Comic Con International in San Diego this year is any indication, he'll write one for Echo, his science fiction story that was previously optioned, but never actually developed, for the screen.

Moore joined us to recap issues 28 and 29...and to look forward to what's next. 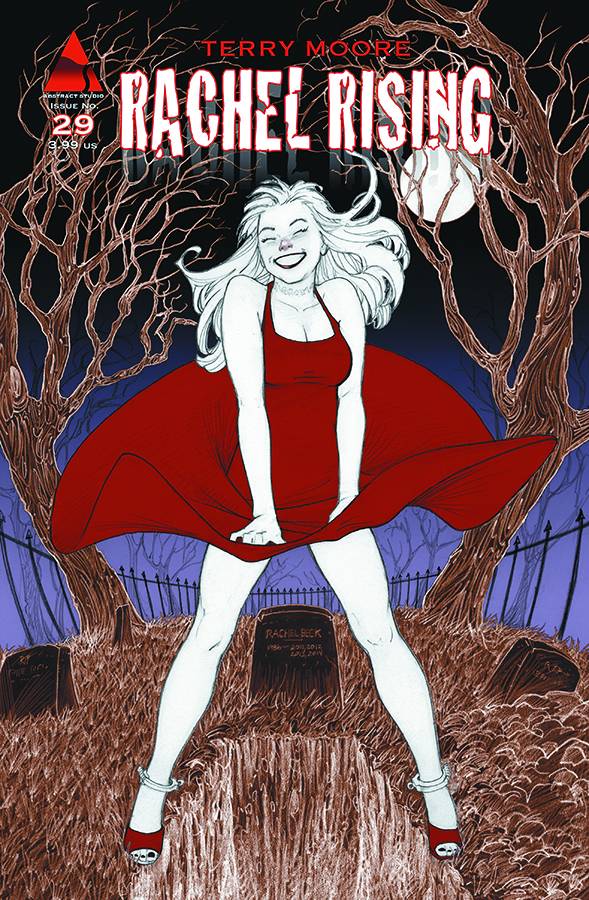 First of, now that the convention season is over, are you starting to make headway on the projects that get pushed off when you’re running around the country hand-selling books? Both the SiP novel and the updated Treasury are out there.

No, they’re both still on the back burner because I’m making the two comic book series, Rachel Rising and SIP KIDS, and I’m writing the pilot for the Rachel Rising TV show. So I have my hands full at the moment.

With SiP Kids, is it weird having a book published in color? I mean, you’ve done work for hire before, but this is one of yours.

It’s nice actually. And Steve Hamaker is a wonderful colorist so it’s great to see the final product.

Zoe’s witness is an interesting dangling plot thread. Did you have specific plans in mind for her when she was introduced, or is that more of a long game thing where you had a general idea?

I just knew you can’t kill somebody on the street in broad daylight without a witness, and anybody who witnessed that Jack The Ripper type slashing is going to be particularly upset, so there would be consequences. Sort of like paying it forward, you’re passing on the poison.

As odd as it is, I was really touched by the sequence with Rachel and the man in the hardware store. She’s been so...mission-oriented...lately that we haven’t seen her be very “human” to people outside of Team Rachel. Was that something you felt was missing?

Rachel hasn’t had much opportunity to show her heart, so that scene gave us that for sure. And I am hyper-aware of the stigma with hanging ropes in American history, so I felt it was only a matter of time before two victims met.

You once told me that you had a general outline that ended at #30 and that the title could have ended there. Since it hasn’t, can I ask: What’s the new outline look like?

You can ask but I’m sure whatever I say will change in time. I’m trying to be flexible and I wasn’t finished. So I’m going forward until the story is finished. No predictions or promises.

Certainly Rachel getting back to the business of finding her killer is an engine that could drive the series for a while. What made you push that back to now?

It’s like wanting to run go to the store for something then blindsided in an accident. You have to deal with the trauma that hits, but you’re still going to have to get to the store when you get a chance. 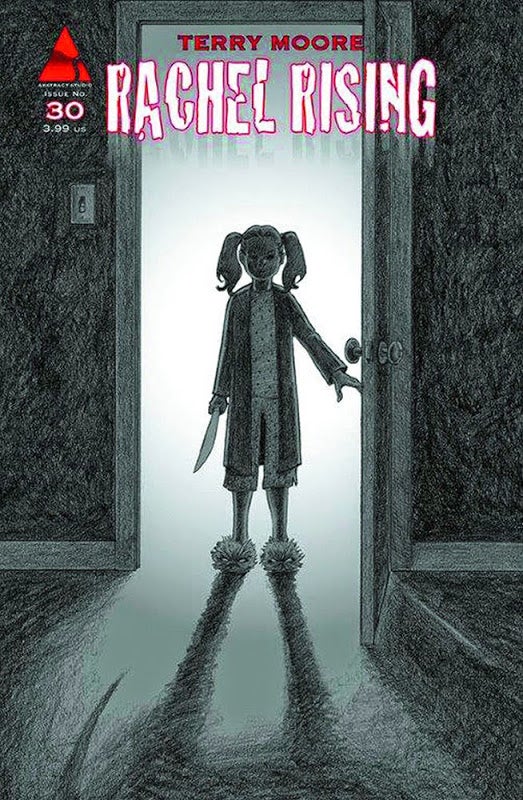 I kind of love Euclid’s reactions. Is he getting used to the day to day of living with dead people yet?

He at least stands in the doorway now, so I guess he’s adapting.

Are these guys who helped dispose of the bodies anybody we should know?

I don’t know them. If you do, you need to be careful.

Again, it’s been a while: do we know why Nico’s brother is missing?

It hasn’t been in the story. Manson is like The Naked City with a million stories. We run across the others from time to time.

Doesn’t Zoe know better than to abandon Malus like that? Why not bury her?! It took like 40 seconds for her to become a crazed person again, and now Zoe doesn’t know where she is!

I’m amazed at how many people don’t finish a kill in stories, and here’s another example. What can I say, it’s not what you and I would have done, right?

That said, killing the wife’s boyfriend...well, that’s going to create motive. Is Malus just going to end up in jail?!

It’s possible. But he wouldn’t have much trouble getting out. I don’t think he cares where he is, to be honest. He moves at will.

Thematically, that scene at the end of #30 kind of reminds me of when Francine talked to her ancestor. Was that an intentional parallel?

Intentional? Like I thought about Francine and her grandmother while writing Rachel’s scene? No. But I am aware that what I do in one book may affect the other down the road.