With Joss Whedon officially signed and a release date apparently already chosen, it's clear that Marvel Studios are getting more and more serious about The Avengers 2 every day.

And with yesterday's blockbuster announcement that Kelly Sue DeConnick would take over an Avengers title--presumably Avengers Assemble--complete with a roster change that loops Spider-Woman into the movie-friendly series, we started to think about whether there could be some surprises in the team's roster come time for the sequel. So we put our heads together and brainstormed a batch of potential new recruits.

A few ground rules here, though; by "new recruits," we mean actually new. Don't look to us to say "War Machine ought to be in on this bad boy," because he's already appearing in Marvel Studios films. Ditto the Guardians of the Galaxy, who we're assuming will have at least a cameo in the picture anyway. Spider-Woman is also off-limits because we just talked about that last night, which kind of renders the piece we would mention about her somewhat less exciting. 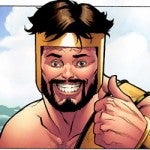 Yes, he's a bit redundant to both Thor and Hulk, but if you're facing off against Thanos and one of these guys, you're going to need all the muscle on your team that you can get. Also, the Fred Van Lente version of the character--a bit more boastful and acerbic--would go well with the Marvel Studios approach to characterization. Imagine if instead of Tony Stark just getting everyone angry, there was somebody in the group who could laugh him off, match him drink for drink and top his tales of leggy starlets with boasts about bedding Cleopatra.

In most other circumstances, it would be hard to introduce a god into the pantheon of a superhero movie, but since Thor has already opened that door wide, it's easy enough for characters like Herc (or even Mephisto, as we've pointed out) to sneak through it, too. They're from another of the Nine Realms. Done. You could tease him in Thor: The Dark World, even! 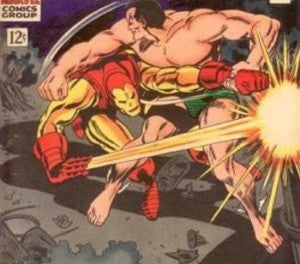 While his might not be a name that's synonymous with The Avengers as a team, it's hard to imagine we'll be at least ten films in before we ever see the little winged feet of this Marvel Comics #1 cover boy. He's a major part of the Marvel mythos not just from the perspective of being one of their first superhero creations but (as Aquaman has often pointed out in the past) by protecting 2/3 of the earth's surface essentially on his own while dozens of superheroes and supervillains scramble to fight over the scraps that happen to be above sea level.

While the rights to any version of The Human Torch (that issue's other most notable feature) is likely sewn up over at Fox, who are developing a Fantastic Four reboot, it seems unlikely (thought not impossible--see also Silver Surfer) that Marvel would have packaged such an influential character as a footnote in the FF conract. 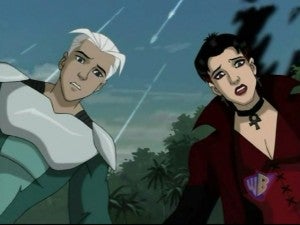 If there's one thing fans want to see from Joss Whedon, it's a powerful female lead. Scarlett Johansson nailed it as Black Widow, and her character was nothing to sneeze at, but as the series gets more cosmic and bigger picture, it's going to be hard to justify the fact that every woman in the film is just a waif with a gun and some movie-fu.

Wanda, of course, turns all that on its ear. In addition to being one of the most popular Avengers, she's one of the most powerful--and we know they can use her, because Kevin Feige has already indicated that Scarlet Witch and Quicksilver are the two characters that can appear in either the Avengers or the X-Men film franchises. Do I smell an AvX story in the works? Oh yeah!

And of course if you're going to bring in Wanda, there's really no good reason not to bring in The Vision as well.

Add that to the fact that a lot of people already expect to see the character, given the fan-favorite theory that Vision could be reinvented as a Stark pet project that could somehow replace or resurrect the missing Agent Coulson and you've got a compelling case as to why he belongs in the movie even before you consider the length of time the character has spent with the team in print and how popular he is with the fans.

Speaking of which--we all know that Whedon notoriously loves to kill characters that the fans don't want to see die. So how fun would it be to adapt the part of the Infinity Gauntlet shown above--when Vision bites the dust? Bring back Coulson, only to kill him again in spectacular fashion? That's deliciously mean! 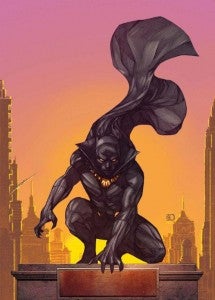 In the same way The Avengers needs to be more inclusive of women, it could stand to be a little less lily-white, as well. If Black Panther--long rumored to have his own solo film in the works--doesn't have one by the time The Avengers 2 is in theaters, there is little excuse to leave him off the team.

Yeah, he's another guy with no powers and there are probably too many of those floating around already for a team that's going to fight Thanos--but that isn't to say a character with a compelling enough backstory and a big enough personality to butt heads with Stark or Thor and create some fresh conflict couldn't fit in well.

The Avengers 2: Five Members Who Should Join