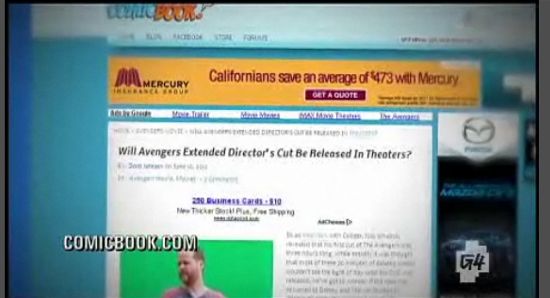 Underwood reported that multiple sources are claiming Disney is thinking of re-releasing the movie with 35 minutes of additional footage. As a graphic of Comicbook.com rolled across the screen, Underwood pointed out that it wouldn’t be just scenes tacked on, but the original version from Joss Whedon.

Underwood said while it’s still a rumor that if it does happen The Avengers Director’s Cut is expected to hit theaters sometime in August. The Avengers is currently #3 on the all-time U.S. box office list, and only the two James Cameron films Titanic and Avatar are ahead of it.

The Avengers Director’s Cut On G4 The Daily Feed