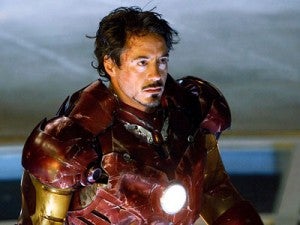 Eagle-eyed fans have already spotted a surprise guest appearance in The Avengers, so this is really a spoiler in name only. But if you want to go into the movie totally cold, turn back now before we start talking specifics.

According to a story in The Los Angeles Times, director Joss Whedon entered into making The Avengers with the thought in mind that none of the heroes' supporting characters would appear in the film. "You need to separate the characters from their support systems in order to create the isolation you need for a team," the paper quotes Whedon as saying during the film's recent press junket. So if you appeared in The Incredible Hulk, Thor, Iron Man or Captain America: The First Avenger, part of the director's philosophy included stripping you out. Enter Robert Downey, Jr. He claimed that the evolution of his character relied heavily on his relationship with Pepper Potts, played by Gwyneth Paltrow, and that leaving her out of the film would do Iron Man/Tony Stark a disservice. "This was really Robert's thing," Whedon continued. "He really thought Gwyneth would bring something great to the table, and we all thought so as well, but he was the one who convinced her to come and do it." Now...if only he could get her to stop appearing on Glee.