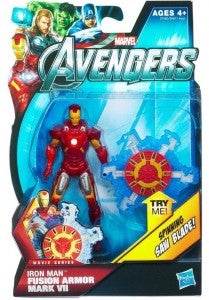 According to Bloomberg, Hasbro will generate about $150 million in sales from Avengers merchandise this year. While $150 million might sound like an awful lot of money spent on toys, it’s actually estimated to be $100 million to $150 million less than it could have been.

Apparently, no one expected The Avengers to be the runaway hit that it was, and stores were conservative on ordering merchandise. In fact, many stores have taken to putting old merchandise from Iron Man 2, Thor, and Captain America: The First Avenger back on shelves to meet demand.