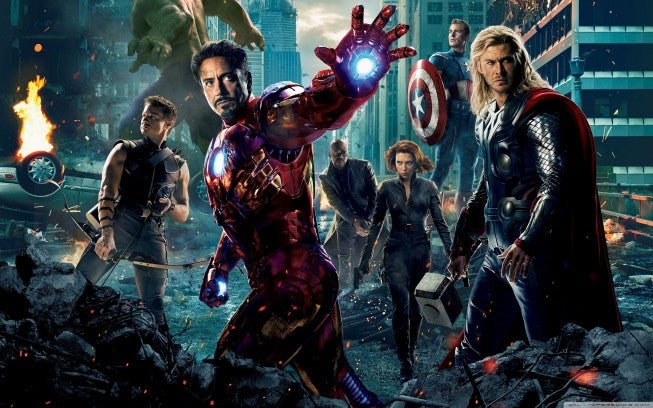 Since its release in 2012, Marvel's The Avengers certainly doesn't lack for re-edited trailers.

This mashup from YouTube movie critic, The Unusual Suspect, teases the trailer in the style and tone of another popular superhero team movie, The Watchmen.

The latest trailer for the highly anticipated Avengers: Age of Ultron continues to be one of the trending topics on social media.

With S.H.I.E.L.D. destroyed and the Avengers needing a hiatus from stopping threats, Tony Stark attempts to jumpstart a dormant peacekeeping program with Ultron, a self-aware, self-teaching, artificial intelligence. However, his plan backfires when Ultron decides that humans are the main threat and sets out to eradicate them from Earth. It's up to Iron Man, Captain America, Thor, the Hulk, Black Widow and Hawkeye, along with support from Nick Fury and Maria Hill, to stop Ultron from enacting his plans. Along the way, the Avengers encounter the powerful twins, Pietro and Wanda Maximoff, as well as the familiar Vision.