2014 was a great year for comics. That is a thought I shared about 2013 and 2012 as well, but it seems like the current publishing environment is consistently generating ever more great, new comics each year. It’s an upward trend in quality and creativity that does not want to end. Putting together a best of list for 2014 was even more challenging than in previous years. There are so many good comics being published now that reading as many as possible is a challenge, much less paring them down to a list of ten or twenty.

This year I opted to create a list with twenty selections split into two halves. Although the list is ranked, the rankings are based on which works I found to be the most powerful and moving. None of the comics selected here are quantitatively better than any other. They are all a testament to the power of the medium and equally worthy of your consideration.

So without any further rambling: Welcome to the first half of ComicBook.Com’s Best Comics of 2014! 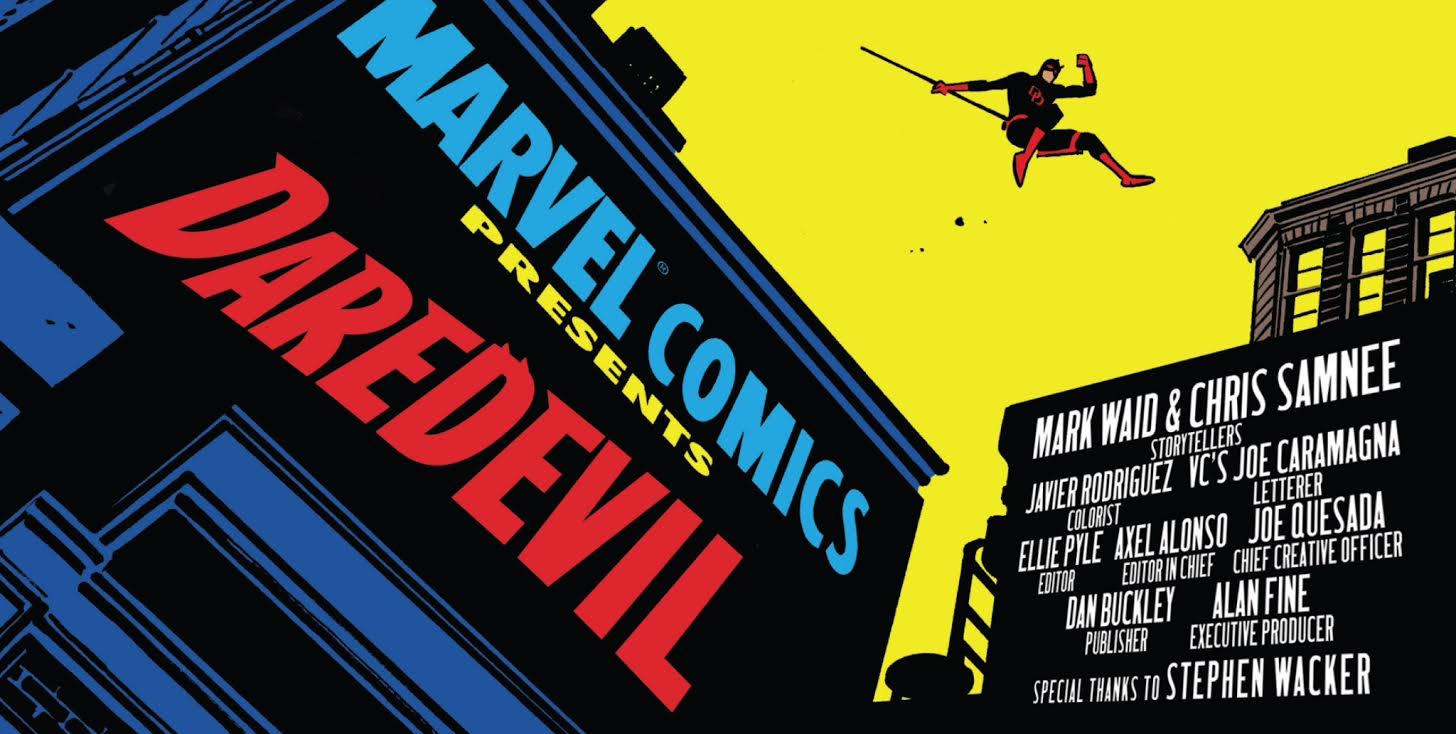 By Mark Waid, Chris Samnee, Matthew Wilson, and others

Each year I find myself less interested in the work being done with intellectual property that is decades old at the big two. There's plenty of fine comics being made, but they rarely contain the passion or ideas of the same creators independent and original work. Then there's Daredevil. Waid and Samnee under the shared title of “storytellers” have brought new life to a character that is fifty years old. They have created a new take on their lead character and revamped his supporting cast. Samnee is innovating and telling stories in a manner that could only be accomplished in the comics form. Daredevil is the best example of what can be done in long-form superhero comics and a sign of hope that there's still great stories to be discovered with these classic characters. 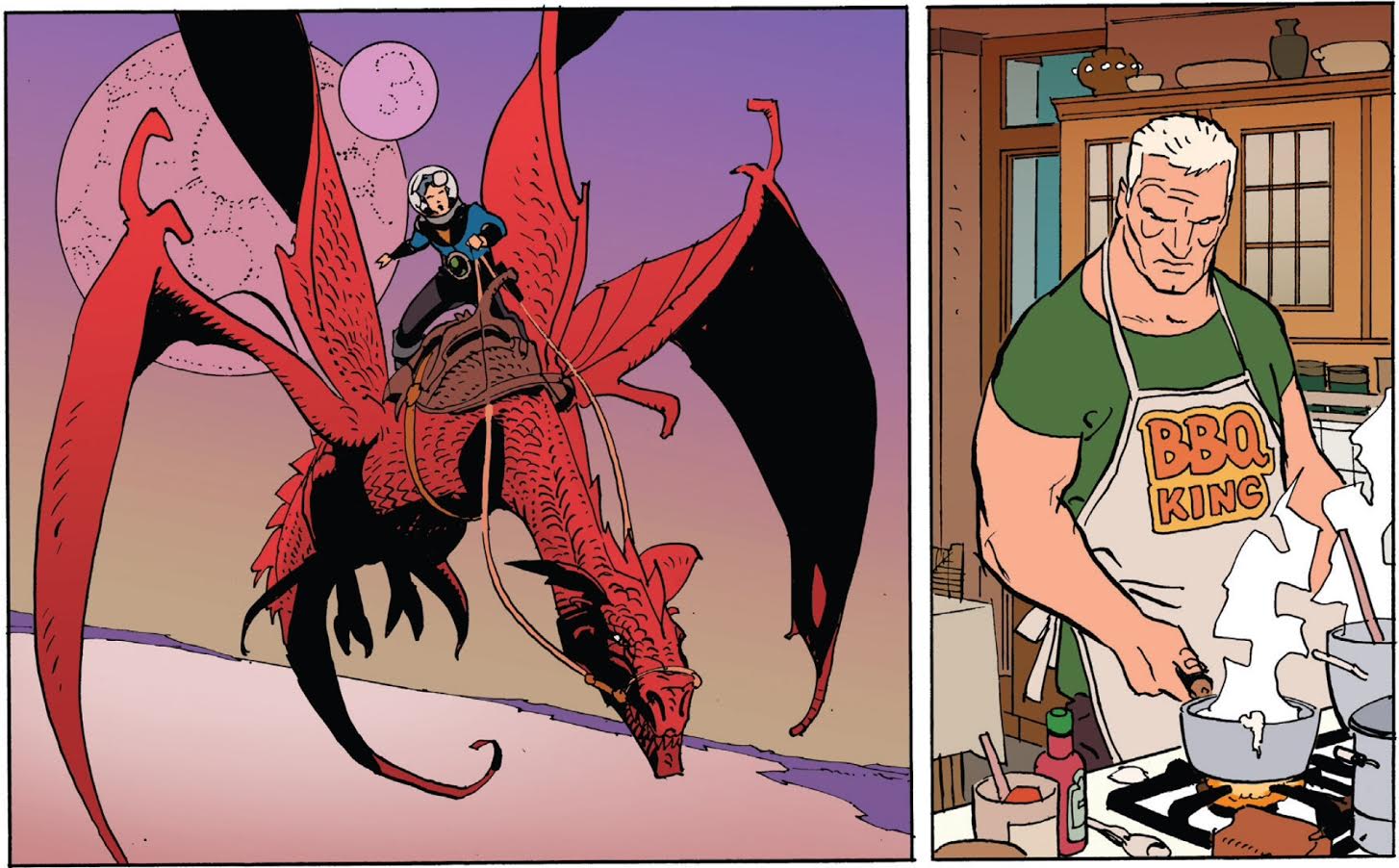 By Mark Millar, Goran Parlov, Ive Svorcina, and others

Millar’s comics have developed a reputation for cynicism and ugliness, and I've derided most of his work over the past ten years for basic and cruel. And then he created Starlight with Goran Parlov and I had to completely re-evaluate my opinions. It is a comic that blends nostalgia with potent themes on aging and the meaning of success. There are no big twists or shocks, it is completely sincere. Parlov’s art strikes the perfect mood for this story and tells it with grace and ease. It is an exciting adventure story that has a lot to say about the qualities that make life worth living, offering a cathartic and meaningful conclusion. 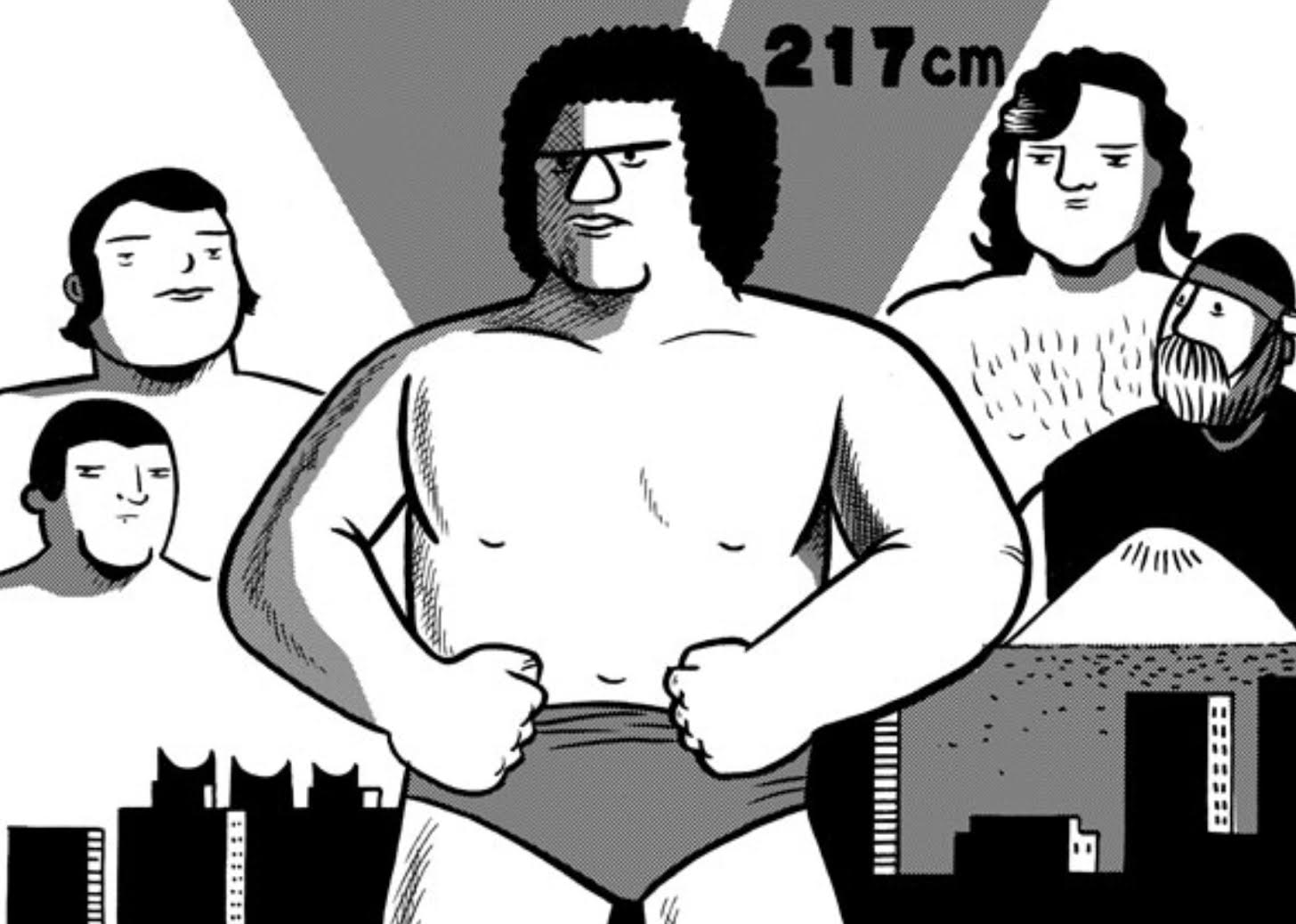 Brown’s biography of the legendary wrestler and favorite cast member of The Princess Bride reveals the potential for cartooning as a method for biography. His comic manages to ably conjure up both the high and low points of Andre’s life, presenting him as an empathetic, but very real person. He avoids presenting the life of Andre Roussimoff as a purely triumphant one, choosing stories that help to reveal the many aspects that composed this man who was larger than life. Even as someone who does not come into the story as a fan of wrestling, I found myself engrossed by the details of Roussimoff's career and how it affected him. Andre the Giant is a well researched and deeply human story that provides a glimpse into the heart of an icon. 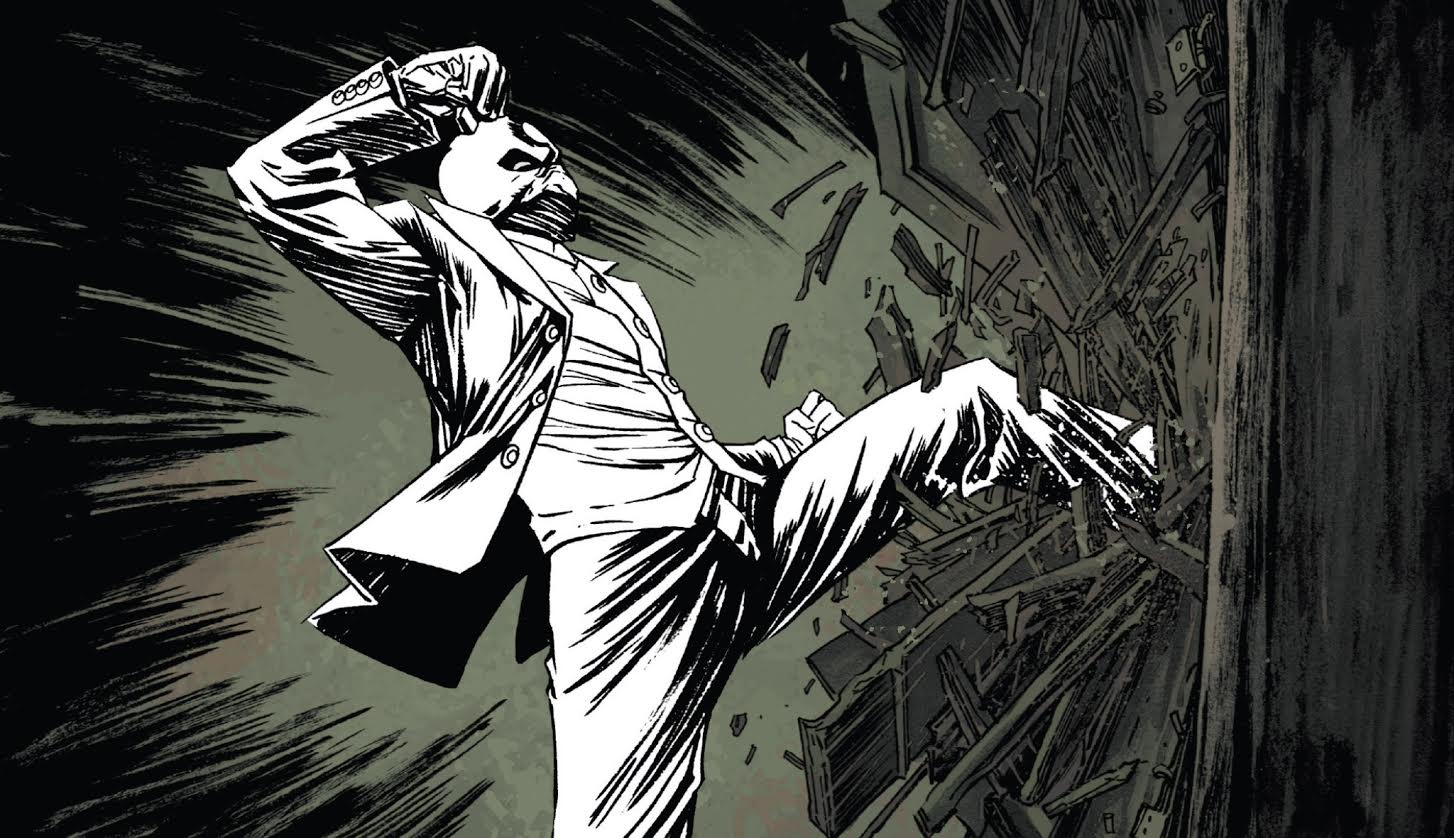 This series has revealed itself to be a showcase for talent, presenting self-contained issues from incredible creators. Ellis and Wood have both written some fascinating self-contained issues showing how much can be accomplished in only twenty pages, but the real star of Moon Knight remains the artists. Shalvey, Smallwood, and Bellaire are the defining element on the book, presenting their unique storytelling skills and experimenting in this mainstream series. Each issue is something entirely different and it is an absolute delight to see these artists change up their modus operandi month and month. Moon Knight has positioned itself to remain a showcase for rising stars in comics’ art.

By Brian K. Vaughan, Marcos Martin, Muntsa Vicente, and others

Vaughan and Martin’s experiment with digital only comics continued to be a massive success in 2014. The Private Eye represents Martin at his absolute best, composing dynamic pages and realizing massively detailed worlds. It is a gorgeous story that has only become more compelling and relevant as it delves further into issues of privacy and technology. The recent leak of information at Sony is only one of many examples that make Vaughan and Martin's work seem ever more prescient. With only one issue left to go, The Private Eye is bound to go down as one of the highlights of the digital comics revolution.

By Ales Kot, Jordie Bellaire, and others

Zero is another example of an artistic showcase, featuring a new artist in every self-contained issue. Kot’s collaborators each bring a unique style and feel to the page that reflect everything from thoughtful, reflective indie-style tales to action packed spy romps with Bellaire on colors in each issue. This diversity of style is paired with a growing story that connects every issue into a larger tale about the cost of violence and importance of empathy. Kot usually brings a prankish element to his comics (see: Secret Avengers), but here is being absolutely sincere. Read as individual issues or a whole, Zero is proof that Kot cares a lot about the world he lives in; it bleeds into every page. 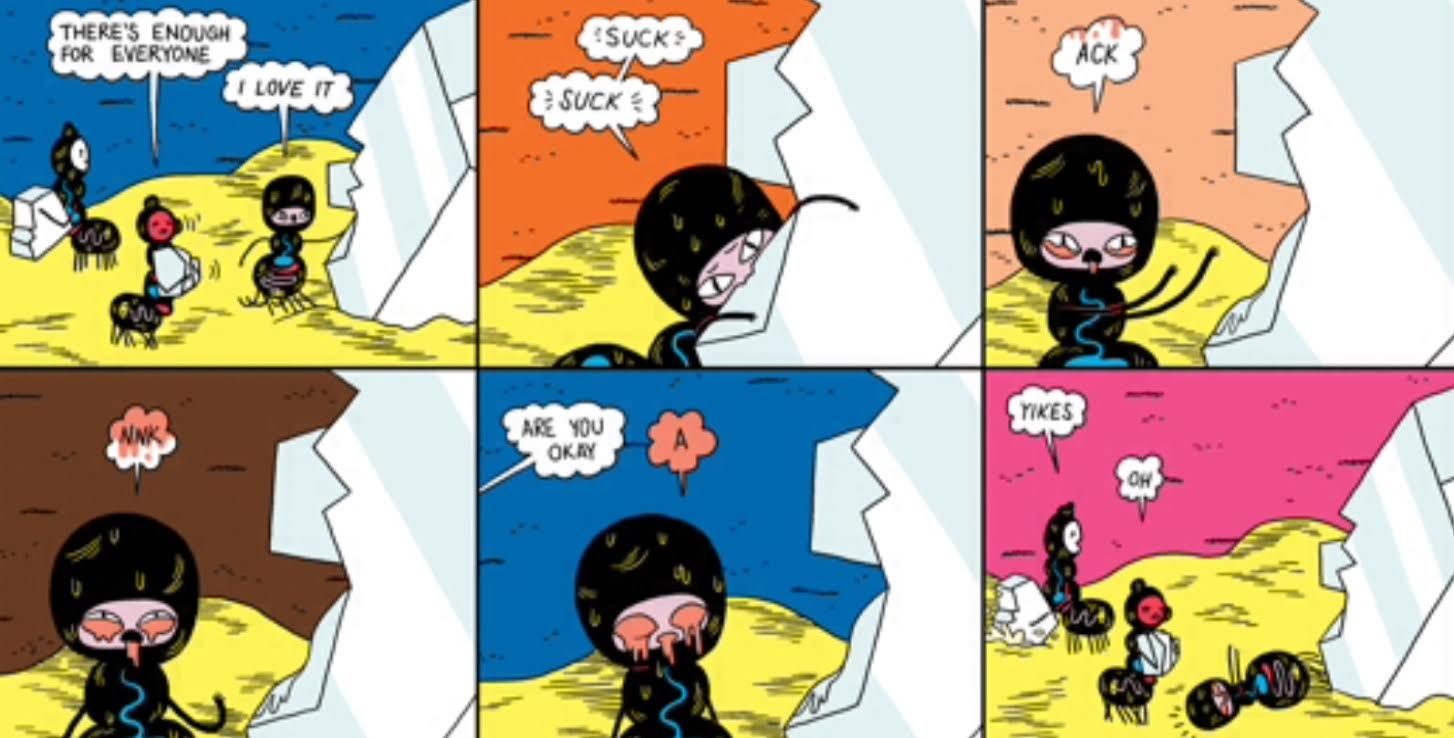 Each year DeForge creates comics that are truly unlike anything else, representing his unique style and take on the world. Ant Colony presents life from the perspective of insects that feel very human. His cartooning creates a world that is simultaneously alien and relatable, comedic and tragic. This is a comic bound to be dismissed by some under the excuse "it's not for everyone". That's a terrible complaint and anyone who uses it ought to be ashamed. This comic moves from funny to tragic in the space of panels and challenges its readers to look at comics in a different manner. Ant Colony is the work of a master cartoonist, one who holds truly a unique place in contemporary comics. 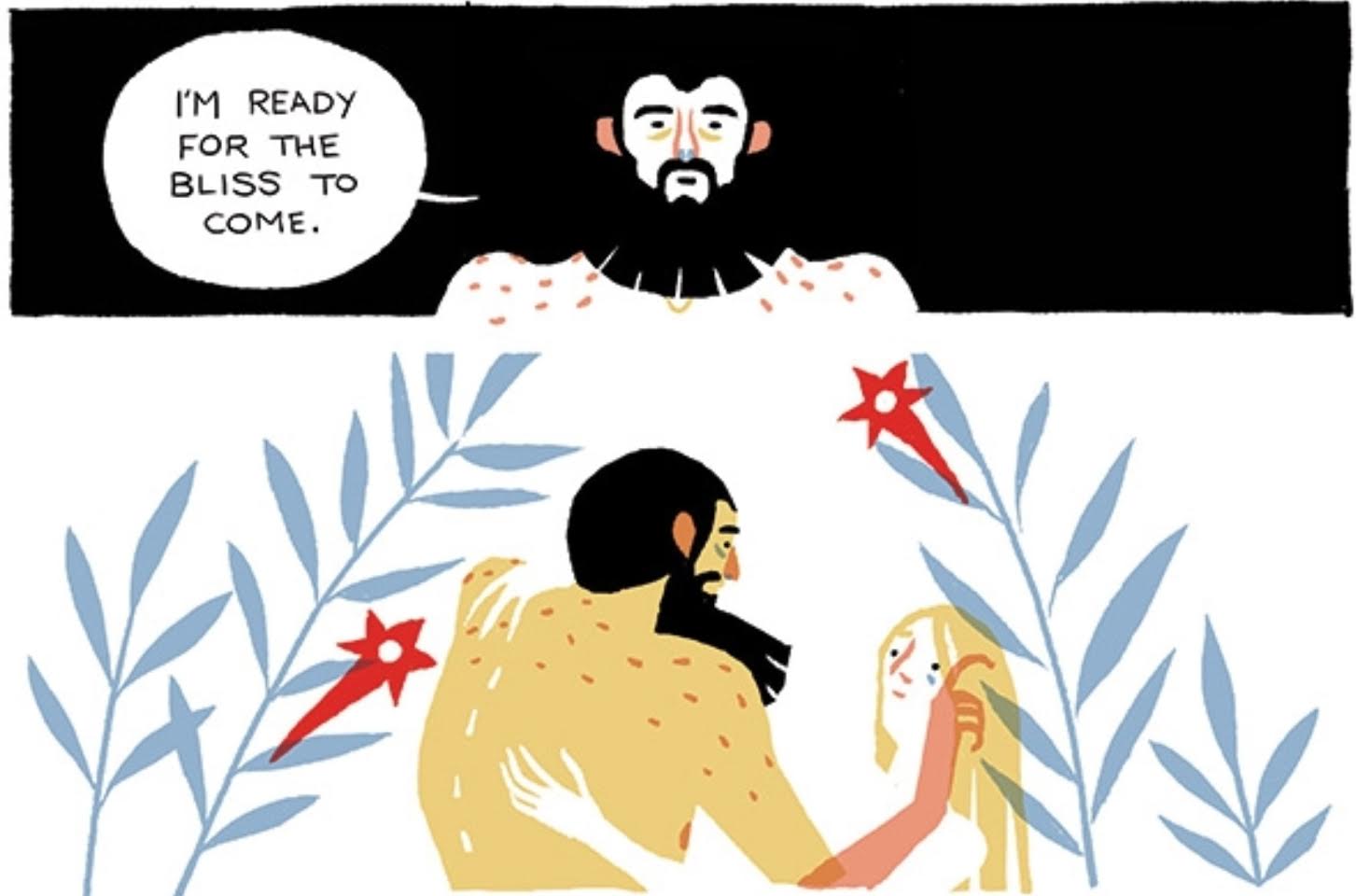 13. How To Be Happy (Fantagraphics)

Davis’ tales in How To Be Happy reveal her to be a pre-eminent cartoonist in modern comics. Her work captures a magical sense of whimsy while remaining entirely natural. Figures and settings capture mood and tone perfectly creating comics that quickly move from being amusing to deeply affecting. The collection moves readers through various tones and ideas with ease, each perfectly depicted in Davis’ elegant linework. There's a timeless quality to Davis' stories that I really love. Everything that happens could have been told today, a hundred years ago, or a hundred years from now. These are all, at their very core, stories of humanity and can follow us wherever we have gone or will go. 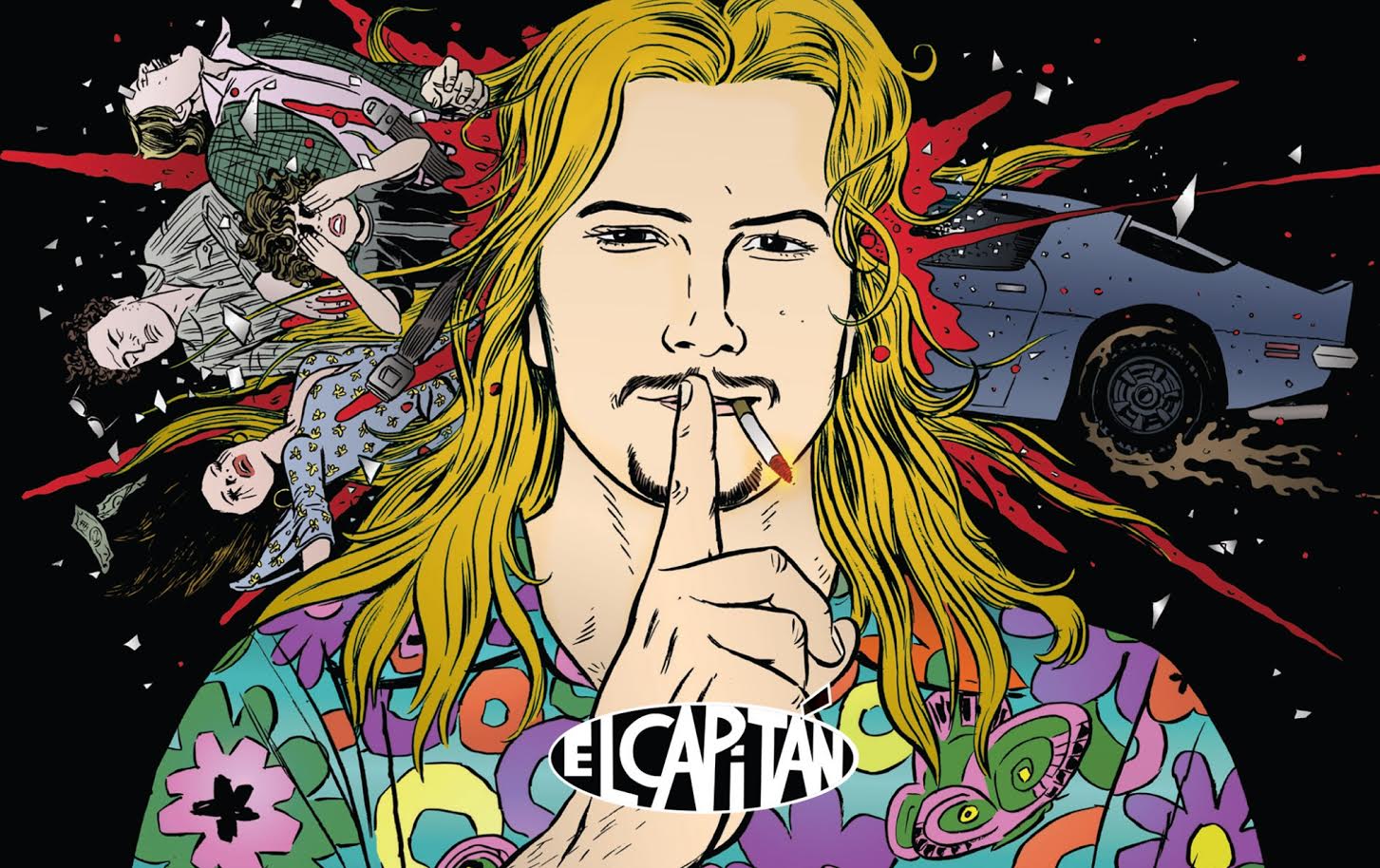 The return of Stray Bullets after an almost 10 year hiatus has revealed that is has lost none of its power while away. Its massive cast of characters spread across more than two decades in American history presents a landscape where everyone has a story, and none contain a happy ending. I think that the amount of compassion found in Lapham's work is often lost on readers. Yes the events and many of the characters in this series are horrific, but there is an underlying humanity that demands for us to pay attention and recognize it within ourselves. Stray Bullets is an incredible crime comic because it discovers the people buried in these atrocities. 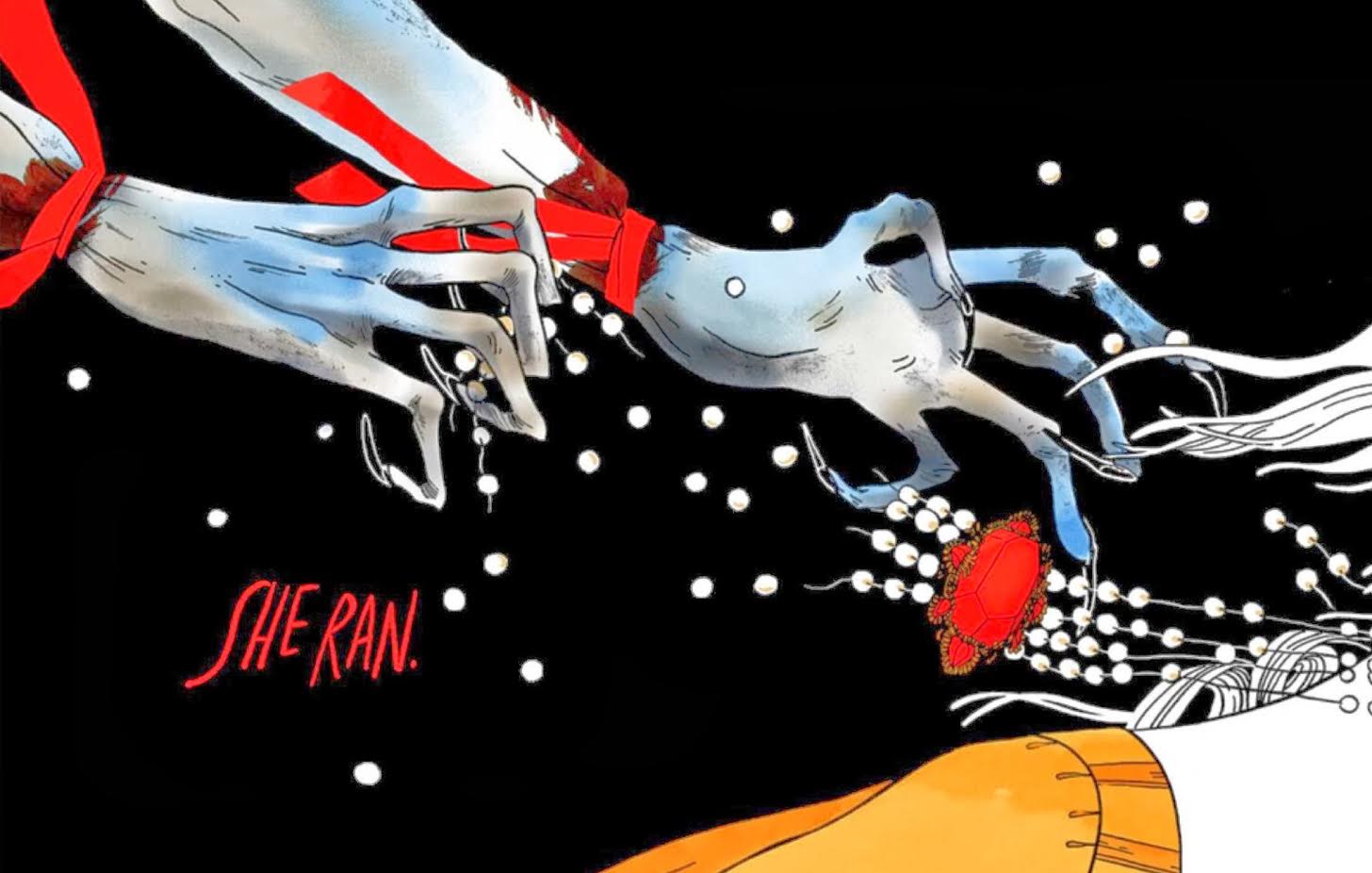 Carroll’s work in horror comics is almost without peer, rivaling that of masters like Junji Ito. This collection is not only perfect for the Halloween season, but any point in the year. It applies the aesthetic of classic ghost stories and folklore in order to craft comics that feel both ancient and timeless. Her artwork and experiments with form are haunting and build a world where that which is left unseen is every bit as terrifying as what is revealed on the page. I can think of no better comic to open up with a flashlight under the covers on a cold winter night. Through the Woods embodies the primal feeling of terror that we seek out to remind us we are alive.

Those are the first ten picks for the end of the year. Be sure to come back later this week to see what other comics made ComicBook.Com’s best comics of 2014.

A Brief Note on Accreditation: Many of the comics on this list are a collaborative effort featuring the work of writers, pencillers, inkers, colorists, letterers, designers, and many others. Rather than feature a comprehensive list of all creators involved in the creation of each comic, I have opted to include only the names of artists, writers, and colorists. Furthermore, only the names of primary creators (those most consistently credited to the work) are included. If a comic included the work of creators not mentioned by name, the phrase “and others” was used to imply a larger collaborative effort. This is not meant to demean the work of the others involved. It is a decision made due to concern for space.